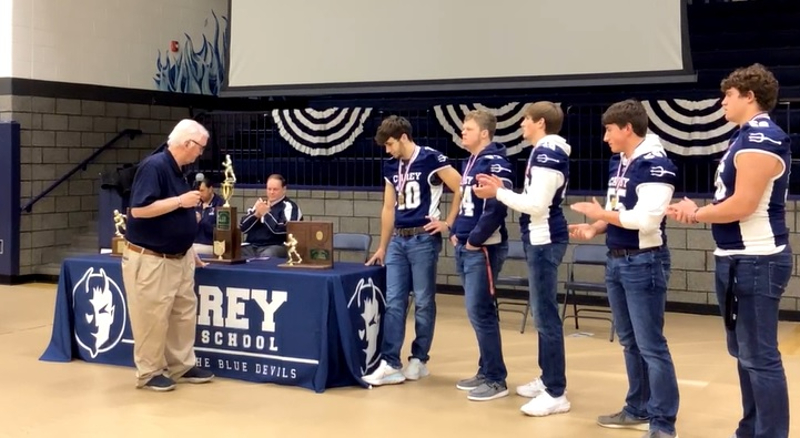 On Sunday afternoon the community celebrated the team at the high school gym.