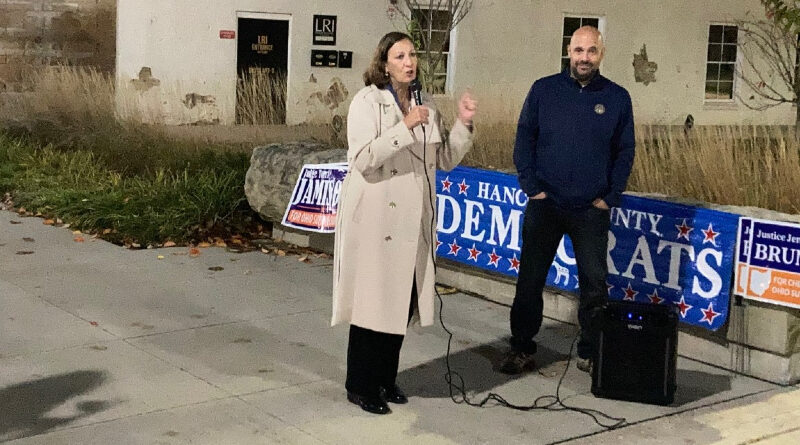 Brunner, a Democrat, is running for Chief Justice of the Ohio Supreme Court, a position that’s being vacated by current Chief Justice Maureen O’Connor due to term limits.

“For me, public service is doing whatever I can in my job to make people’s lives better,” Brunner said to supporters in front of the Hancock County Courthouse.

Brunner says, over the past year, she’s met with people in every corner of Ohio and laid out a plan for Ohio’s courts that includes creation of a Task Force to establish a Commission on Fairness and Equality in Ohio’s Courts and Legal System, completing the implementation of the Criminal Sentencing Database, expanding specialized dockets, establishing an Environmental Justice Task Force, improving technology for the courts, and supporting judges and local courts in addressing the opioid epidemic.

Brunner says, as the next Chief Justice, she would work with community leaders and elected officials to implement those plans.

Brunner was joined in Findlay by Jeff Crossman, who is running for Ohio Attorney General against incumbent Dave Yost.