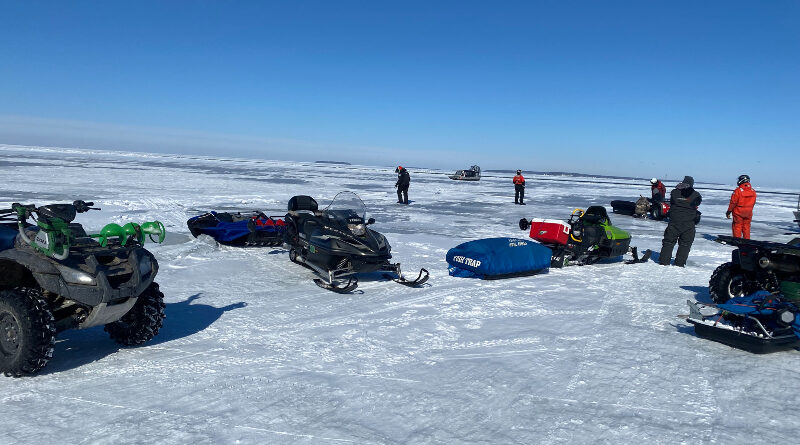 The United States Coast Guard Great Lakes says rescue crews were dispatched to help 18 people stranded on an ice floe that broke away in Lake Erie on Sunday.

Officials say an airboat from the Marblehead Station and a helicopter from Air Station Detroit were dispatched after the ice floe broke away near Catawba Island as people were snowmobiling and taking part in other activities.

Officials said a Good Samaritan with an airboat was also assisting.

None of those rescued required medical attention.

The previous week, crews from the two stations were also called in to aid volunteer firefighters in rescuing seven people from another floe west of the peninsula jutting out into the great lake.

The Coast Guard reminds everyone that “no ice is safe ice”.