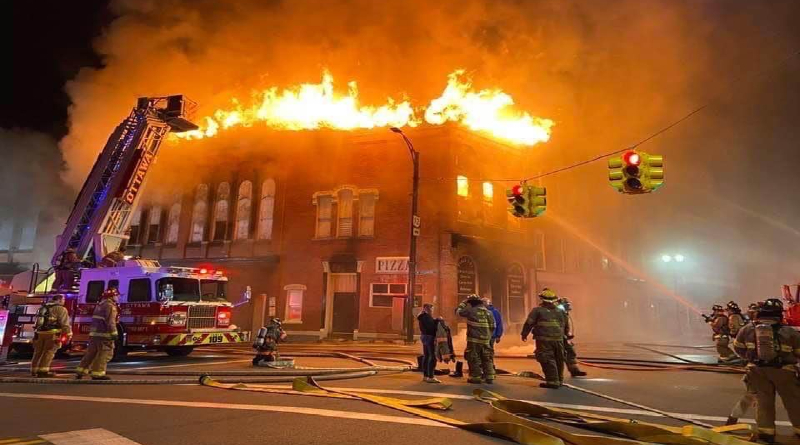 Authorities are investigating a fire in Columbus Grove that destroyed four businesses.

The Putnam County Sheriff’s office says a call came in Friday night about a fire on North High Street.

The fire then spread west to the 100 block of West Sycamore.

The sheriff’s office says the businesses that were destroyed include Pizza 101, The Rowdy Rooster, Bloom Boutique and Hefner’s Printing.

a GoFundMe page has been set up to raise money to help the businesses.

The sheriff’s office says the fire remains under investigation.

Toledo Police Officer Killed In The Line Of Duty

A Toledo police officer has been shot and killed in the line of duty. The Toledo Police Department says officer

Findlay Day Of Prayer For America