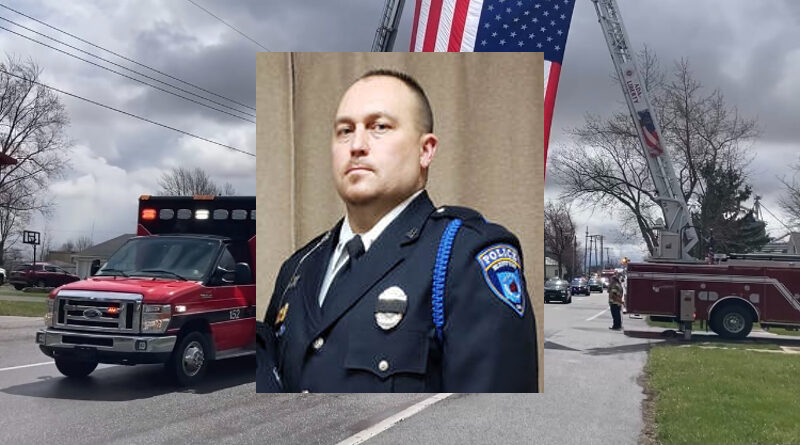 Thousands of people filled the Sommer Center at Bluffton University for the funeral service for Bluffton police officer Dominic Francis.

Bluffton Police Chief Ryan Burkholder spoke about how Officer Francis helped so many people and touched so many lives by being so involved in the community as a police officer, a firefighter, a teacher, a bus driver, a coach and a mentor.

“Dominic was all of this and so, so much more. He is so very much missed by all. He impacted so many lives in so many ways, I look forward to the day we see him again.”

The funeral procession then made its way to Clymer Cemetery where Officer Francis was laid to rest.

As the procession went through Mt. Cory, it went under a giant American Flag that firefighters held in place with their ladder trucks.

The 42-year-old Francis had served in law enforcement for 19 years.

On March 31st, Officer Francis was struck and killed by a fleeing vehicle while deploying spike strips on southbound I-75 near Bluffton.

The Fort Findlay FOP Lodge 20 Foundation has established an official fundraising drive authorized by his family.