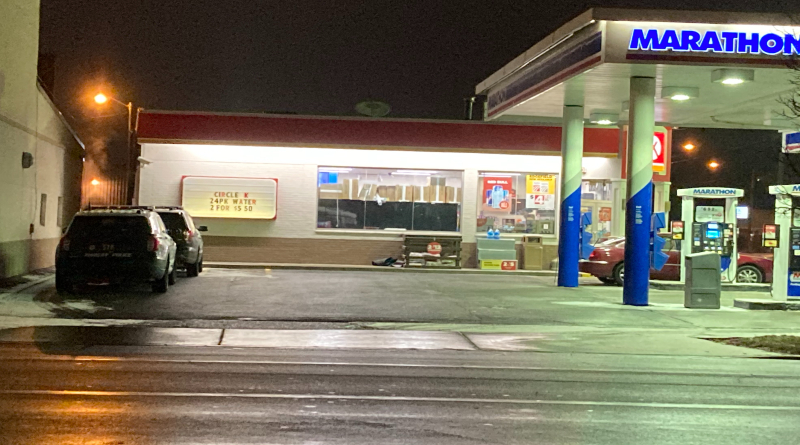 A cashier at Findlay convenience store was sexually assaulted by someone who came into the store.

It happened at around 6:30 Sunday night at the Circle K at the corner of East Sandusky Street and South Blanchard Street.

The Findlay Police Department says the cashier told officers that a man followed her into the bathroom and forced himself on her.

He’s described as a white man in his 50s, standing about six feet two inches tall.

He had white hair and a white, scruffy beard and was wearing a blue Carhartt-style jacket and a beanie of unknown color.

It’s unclear if the suspect left the store on foot or in a vehicle.

The Findlay Police Department is investigating.