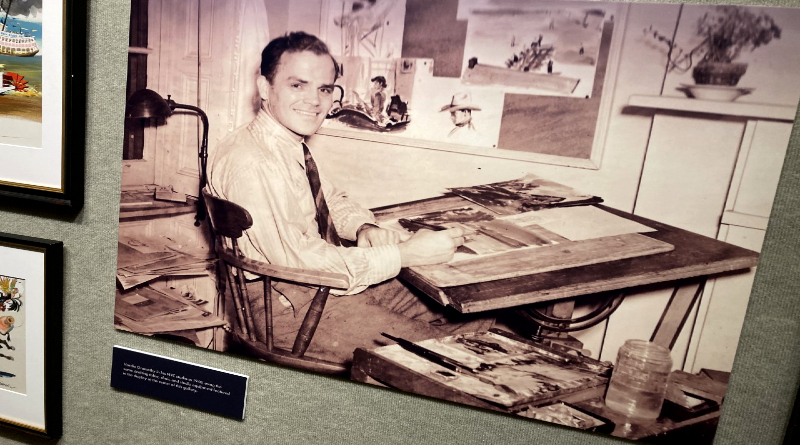 The University of Findlay’s Mazza Museum is home to a new exhibit featuring the life and work of former Disney Studios artist Hardie Gramatky.

Curator Dan Chudzinksi says Hardie learned the art of animation directly from Walt Disney and then branched out to make his own name as an artist.

Chudzinski says the Mazza Museum is honored to share Hardie’s legacy and offer a rare glimpse into his story, which has remained unseen by the public until now.

The exhibit, Hardie Gramatky: A Glimpse into Greatness, can be seen by appointment only.

You can learn more about the exhibit in the video below and by clicking here.