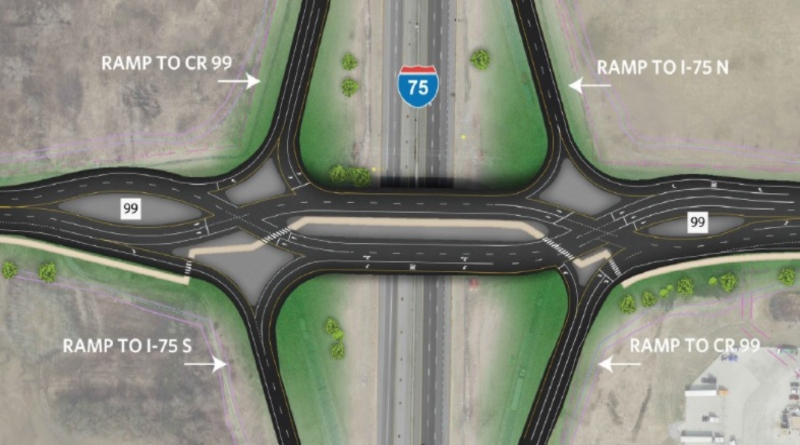 Big changes are planned for the Interstate 75/County Road 99 Interchange on the north end of Findlay.

The Ohio Department of Transportation, the City of Findlay, and the Hancock County Engineer’s Office have announced the decision to proceed with the design of a diverging diamond interchange at that location.

The option was one of four presented to the public during a virtual public involvement meeting in August.

The project will also include upgrading intersections along County Road 99 between North Main Street and Technology Drive.

ODOT says the improvements will combat congestion at the important economic hub while reducing the risk of crashes and making travel in the area easier and safer.

Transportation officials say a DDI shifts the eastbound and westbound traffic to the other side of the bridge at signalized crossovers which eliminates left turns across traffic and the traffic signals for left turns.

The benefit is that all traffic can enter the interstate in a free flow movement to the ramps which reduces the long start and stop times of trucks at signals.

A successful example of a DDI is located in Perrysburg at I-475 and State Route 25.

“A DDI will ensure the sustainability of the economic opportunities in this corridor,” said County Engineer Doug Cade.

“With increased commuter and truck traffic comes the need to take steps to improve the efficient movement of our labor force and goods to and from this area so that we can continue to see prosperity and be ready for future opportunities,” he added.

A separate multi-use bridge for pedestrians and bikes that would connect Miracle Park with future development on the west side of I-75 was also considered but will not move forward at this time.

It remains an option for future development.

Funding for the project has not yet been approved.

The construction timeline will depend on when funding is approved.

Get more on the project here. 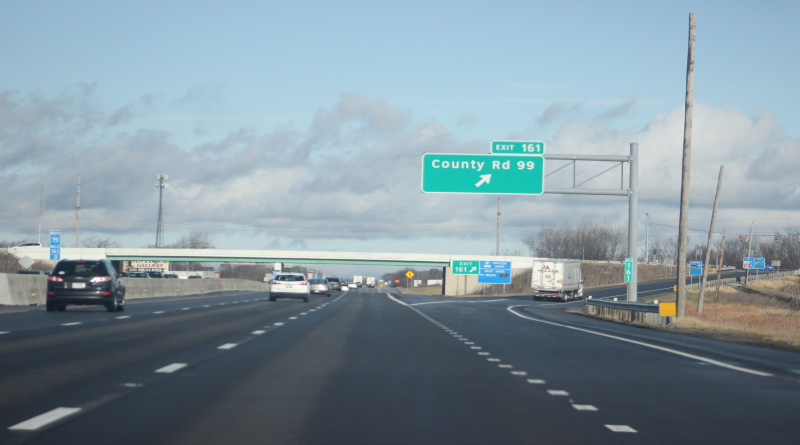