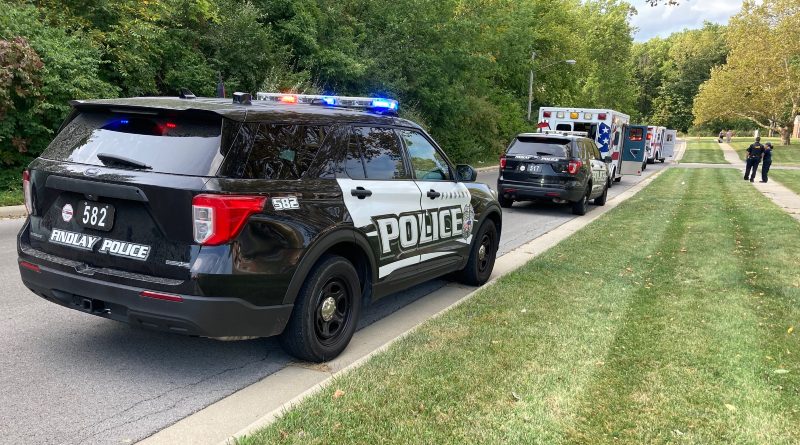 The Findlay Police Department says a domestic violence suspect charged an officer and was tased.

It happened at around 5:15 Tuesday afternoon at an apartment at 2231 Jennifer Lane.

Police were dispatched to the address for a fight and a knife was reported to be involved and a woman injured inside.

Police say the suspect, 25-year-old Jeffrey L. Jones ll, charged at an officer who arrived at the scene.

The officer was able to get the man in compliance by drawing his gun and keeping him at gunpoint, before transitioning to a taser.

Police say the man was covered in blood, from apparent self-inflicted wounds, and other substances.

Police say the man fled on foot and the officer deployed his taser on the man but he continued to run through the parking lot.

Another officer who had arrived on the scene deployed his taser on Jones and he was taken into custody.

Jones was taken to Blanchard Valley Hospital for treatment of the apparent self-inflicted wounds and an injury from the taser.

He was released from the hospital and booked at the Hancock County Justice Center on charges of felonious assault and obstructing official business.

Police say a 24-year-old woman suffered an injury to her left ankle/leg and was taken to the hospital for treatment.

And police say a Findlay officer sustained an indirect injury during the foot pursuit. 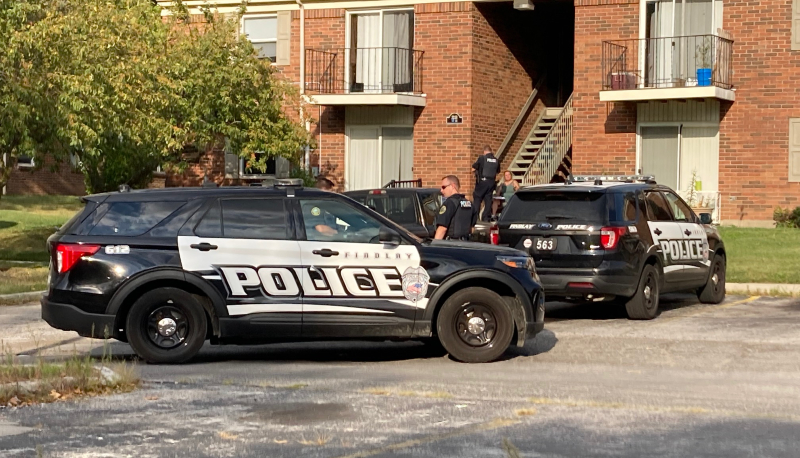