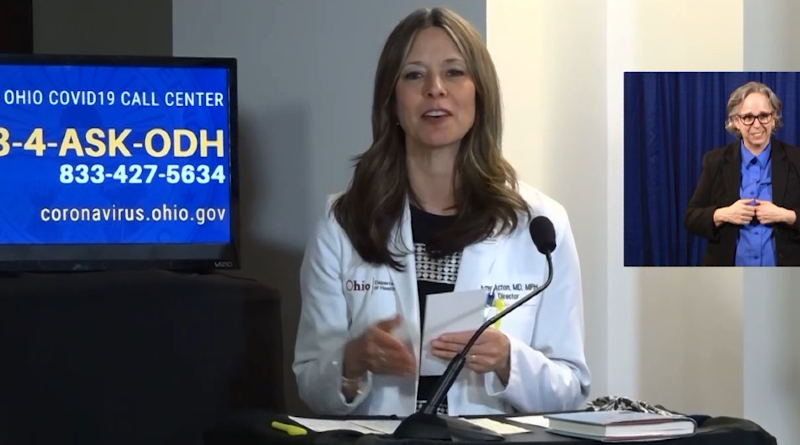 (ONN) – Governor Mike DeWine has announced that Dr. Amy Acton is stepping down as the director of the Ohio Department of Health.

Dr. Acton has received praise and criticism for how the state’s stay-at-home orders and similar health measures were issued.

Supporters of the state’s approach to the COVID-19 pandemic have held up Dr. Acton as a humble hero fighting the virus.

However, a number of business leaders and Republican lawmakers have called Acton’s health orders “unconstitutional” and pushed to limit her power and the powers of the DeWine administration.

Governor DeWine had plenty of praise for Dr. Acton, as evidenced in the tweet below.

DeWine says Acton will now serve as his Chief Health Advisor where she will continue to serve the people of Ohio in a meaningful way.

It’s true, not all heroes wear capes. Some of them wear a white coat embossed with the name Dr. Amy Acton. pic.twitter.com/ugzvTGSoie