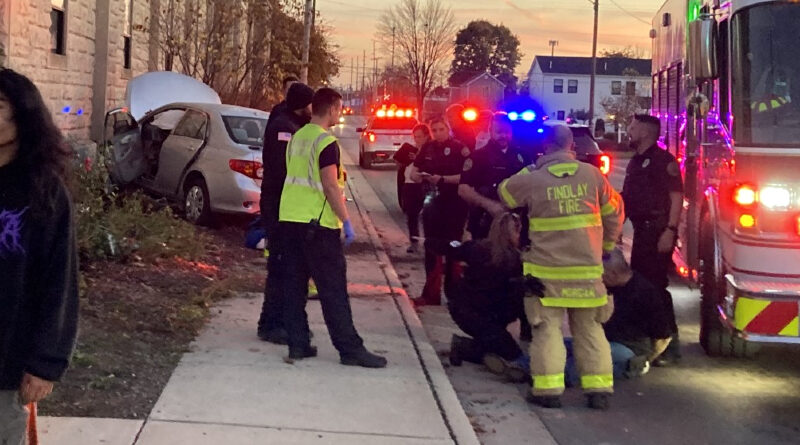 A car crashed into the side of St. Michael’s Church at the corner of Western Avenue and West Main Cross Street in Findlay.

The crash happened at around 6:30 Thursday night.

The Findlay Police Department says Ronald Dukes, 62, of Findlay, was driving his car southbound in the 300 block of Western Avenue and passed through the West Main Cross Street intersection when he then went into the oncoming lane of traffic and off the road to the left.

His car hit the curb and then struck the side of St. Michael’s Church, sustaining disabling damage.

Dukes was taken to Blanchard Valley Hospital for treatment of possible injuries.

The police department says Dukes was arrested for obstructing official business and also issued a citation for operating without reasonable control.

The Findlay Fire Department, Hanco EMS, and R&A Towing assisted at the scene.