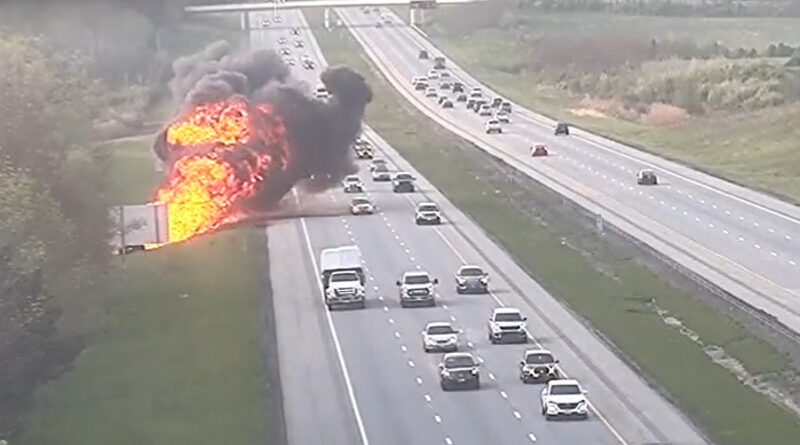 A dump truck driver is now charged in a fiery crash that injured an Ohio Department of Transportation worker in northeast Ohio.

Police say Gregory Pree, 51, swerved off of Interstate 77 and hit the parked ODOT truck, causing both trucks to burst into flames.

The crash happened back in May.

Pree has been indicted on charges of aggravated vehicular assault and DUI.

Police say he was also driving without a valid license.

Earlier today, an ODOT employee was struck alongside I-77 in Summit County. He was taken to a local hospital and is currently being treated with serious, but non-life threating injuries. We are extremely fortunate he is alive. This is the 82nd ODOT crew struck this year. pic.twitter.com/28ZLE6ec36