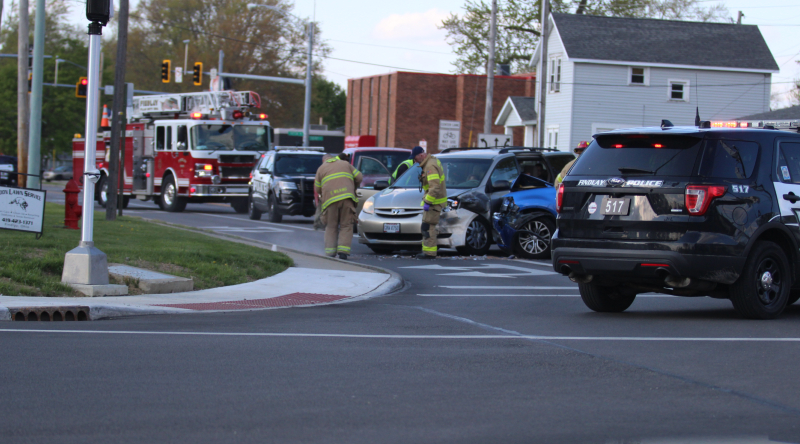 A woman was issued a citation after causing a three-vehicle crash in Findlay but fortunately no one was seriously injured.

The Findlay Police Department says Melissa Billmaier, 37, of Findlay, was traveling northeast on MLK Parkway towards the North Blanchard Street intersection when she made a left turn against the red light to go north on North Blanchard.

Police say her minivan struck the left rear of an SUV that was going north on North Blanchard and had entered the intersection on a green light.

The impact sent the SUV fishtailing and it struck a minivan that was southbound on North Blanchard.

The SUV sustained disabling front-end damage from the second impact and it and the second minivan were towed from the scene.

Police say Billmaier was issued a citation for disobeying a traffic control device for running the red light.

North Blanchard Street was shut down between Center Street and Tiffin Avenue as crews responded to and cleared the crash.