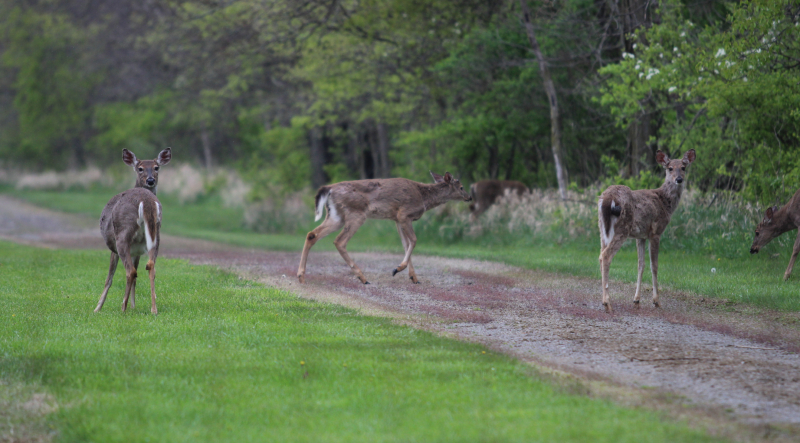 Several Ohio counties are reporting cases of what some are referring to as “zombie deer”.

People have been spotting deer that remain unfazed by loud noise, instead just staring off into the distance.

Midwestern deer populations have developed little resistance to EHD and are likely to die within three days of developing symptoms.

There is currently no treatment for the disease in wild populations.

The Ohio Department of Natural Resources says the EHD virus is not infectious to people or pets and is not spread from animal to animal.

It is transmitted by the bite of small insects called midges, so EHD-associated deaths in deer can occur until the first frost of the year causes a decline in midge activity.