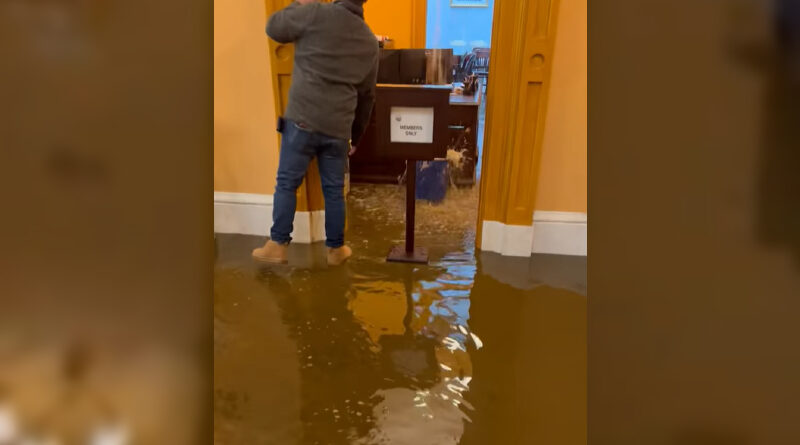 (ONN) – There was a soggy mess to clean up at Ohio Statehouse on Tuesday.

Senator Jay Hottinger posted a video on Twitter and on Facebook that shows water coming from the ceiling.

A pipe burst at around 9 o’clock Tuesday morning.

Crews were working to clean up the mess.

The pipe was between the second and third floor which sent water into the entrance of the Senate Chambers.

My last day at the Statehouse not going very well. @OhioStatehouse pic.twitter.com/UsRSR1pFuh