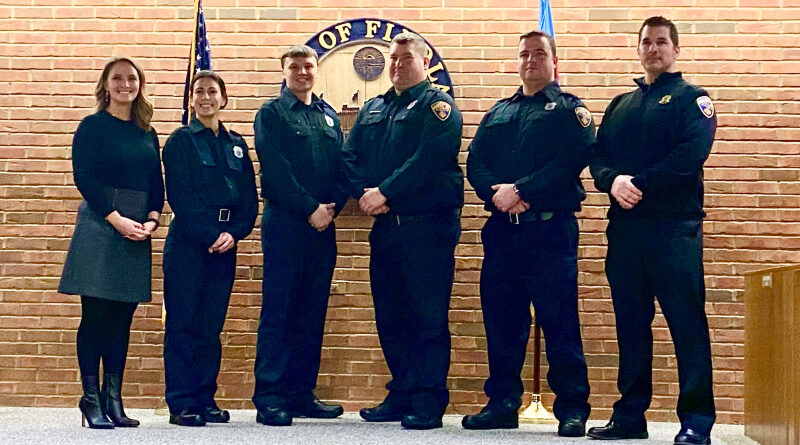 The four new firefighters are flanked in the picture by Mayor Muryn and Fire Chief Josh Eberle.

Chief Eberle says he’s excited about this group and says they will get the department almost up to full strength following some retirements and resignations.

The chief says the four will report to the Ohio Fire Academy in early February and be there until early April.

And then when they return to Findlay they’ll be assigned a shift with the Findlay Fire Department.