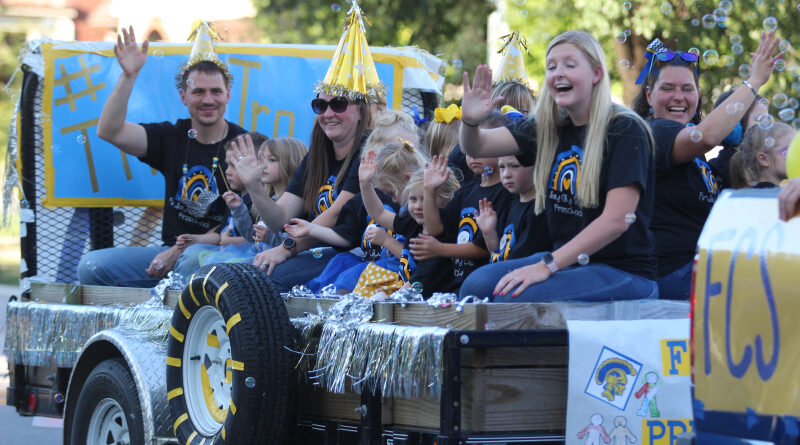 People lined the streets for the Findlay High School Homecoming Parade on Friday.

The Trojans community showed off their Trojan Pride and youngsters scrambled for candy that was tossed their way.

The Findlay Trojan Marching Band led off the parade and was followed by a variety of vehicles and floats.

The Homecoming Court rode in style, waving to people from the back seat of some sweet rides, as you can see in the video below.

And then the Trojans Football team took on Fremont Ross in the Homecoming Game at Donnell Stadium.

You can enjoy some of the sights and sounds of the parade in the video below.