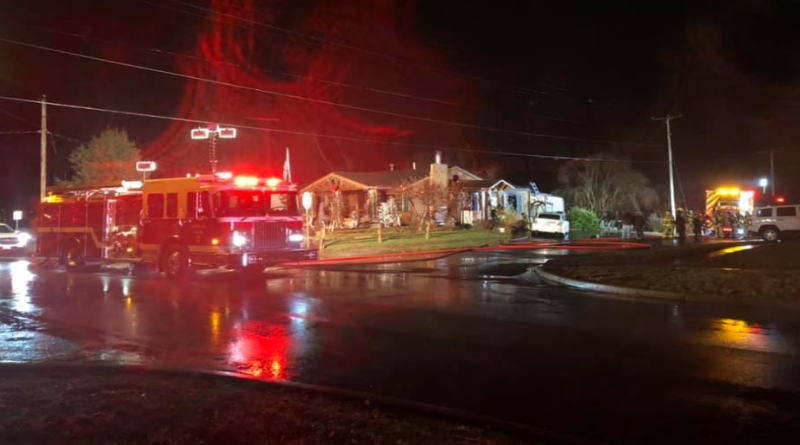 A family is okay but their house sustained extensive damage in an early morning fire in Findlay.

The fire department responded to 641 College Street at around 4:45 Sunday morning on the report of a fire.

The fire department says there was smoke throughout the area when they pulled up and they could see fire coming from a rear corner of the house.

Firefighters got to work and had the fire under control in about 20 minutes.

The family was able to escape the house, but they couldn’t find their dog, who was hiding.

Firefighters were able to locate the dog and remove it from the house and reunite it with the family.

It’s believed the fire started in one of the rear rooms that were on fire when firefighters arrived.

The Red Cross is helping the family with arrangements.