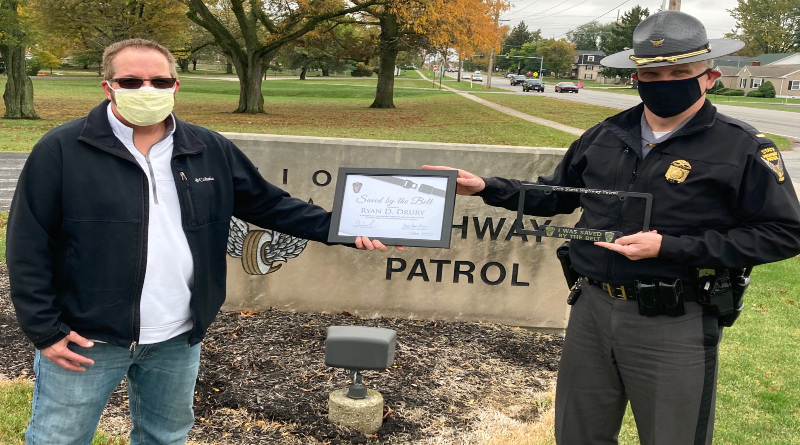 Findlay resident Ryan Drury is the newest member of the Ohio State Highway Patrol’s Saved by the Belt Club.

Ryan was involved in a bad crash in April at State Route 12 and Township Road 212 when he was broadsided.

Ryan is still recovering from some of the injuries he sustained that day, but, as he said, he doesn’t think he’d even be here today if he hadn’t been wearing his seat belt when he was hit.

See video of Ryan getting his Saved by the Belt certificate from Lt. Matt Crow of the Findlay Post below.