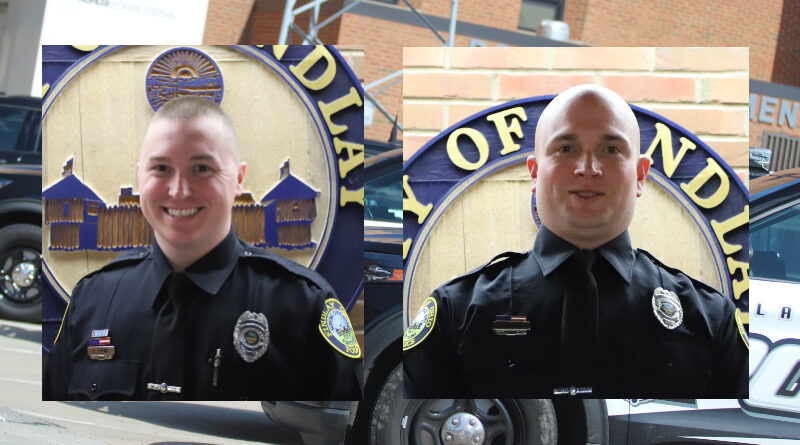 Jacob Frank (left) and Jacob Hollis were sworn in by Mayor Christina Muryn on Monday morning.

Frank, 23, is a graduate of Maumee High School in Maumee.

He graduated from Bowling Green State University with a degree in criminal justice and then obtained his Ohio Peace Officer Certificate at the police academy at Owens Community College.

Frank had been with the University of Findlay Police Department and is a member of the U.S. Army Reserve.

Frank and his wife live in Findlay.

Hollis, 31, is a graduate of Johnstown Monroe High School in Johnstown.

Hollis previously worked for the Wyandot County Engineer’s Office and is an active member in the Ohio Army National Guard.

He and his wife live in Upper Sandusky.