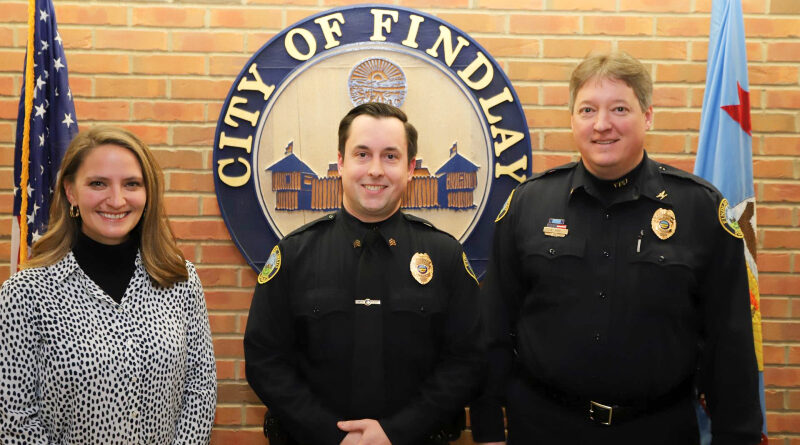 The Findlay Police Department has announced the promotion of Andrew Rudnik to the position of Sergeant.

Sgt. Rudnik was sworn in by Mayor Christina Muryn on Wednesday morning.

He’s pictured above with the mayor and Police Chief Robert Ring.

He has Bachelor and Masters Degrees in Criminal Justice from BGSU.

Sgt. Rudnik has been with the Findlay Police Department since 2013 and has worked primarily in the Patrol Division.

He has been a Field Training Officer and a Crash Reconstructionist, and he also served a tour in the Special Assignment Unit.

He will continue to serve in the Patrol Division as a shift supervisor.