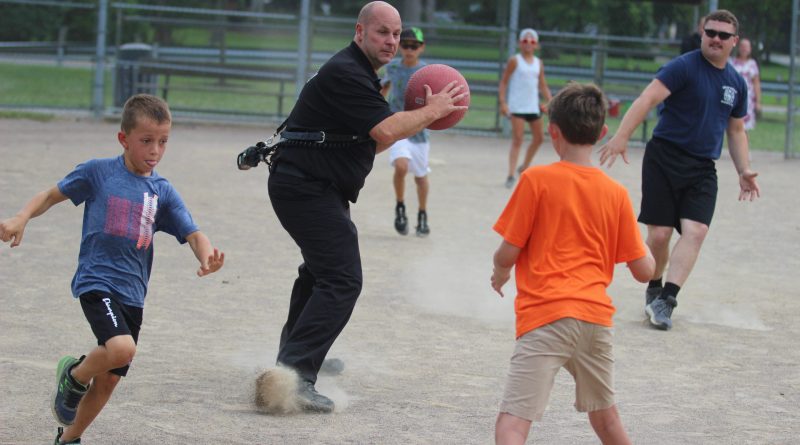 Some Findlay police officers and firefighters took some time between calls on Tuesday to play some kickball at Riverside Park with youngsters from the YMCA Summer Camp.

Officer Brian White, Crime Prevention Officer with the Findlay Police Department, said it was an impromptu game and anytime they can make a connection with kids it’s a worthwhile thing to do.

A few of the police officers had to leave early to respond to a call and you can hear their sirens in the background of part of the video below.

Another event in which police, fire and EMS have a chance to interact with kids is Flag City Night Out, which is coming up on Tuesday, August 3rd.

Get more details on Flag City Night Out by clicking here.