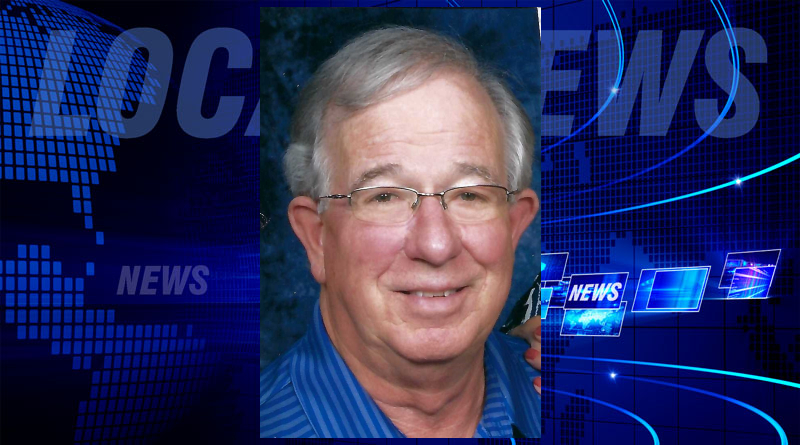 The Cliff Dochterman Award recognizes a Rotarian who acts as a role model and renders distinguished and dedicated service to the Boy Scouts of America through active service, leadership or other exemplary contributions.

Full details are in the following news release from the Findlay Rotary Club.

The Cliff Dochterman Award recognizes a Rotarian who acts as a role model and renders distinguished and dedicated service to the Boy Scouts of America through active service, leadership or other exemplary contributions to BSA. In keeping with the objectives and principles of both Rotary and Scouting to encourage character development, leadership, citizenship and personal growth for youth, this award is presented to an active Rotarian who has displayed distinguished service and outstanding dedication to the program of Scouting.

Cliff Dochterman earned the Eagle Scout award in l939 in the Central Ohio Council just before he reached his 14th birthday. His professional career in higher education administration included 20 years at the University of California in Berkeley and 20 years at the University of the Pacific. He served as the President of Rotary International from 1992-93. He has been awarded three of the highest honors of the Boy Scouts of America, the Silver Beaver, Silver Antelope and Distinguished Eagle awards. Dochterman was presented the Silver Wheel award of the International Fellowship of Scouting Rotarians in 2003.

Clapper has been active in scouting since his youth, earning his Eagle Scout in 1960. He has been an active member of the Black Swamp Area Council for many years in many capacities, first serving as an executive board member in 2007.

From his nomination form, “it only stands to reason that a florist would be gifted at strengthening relationships. Chuck embodies, every day, the values of both the 4-way test, and the Scout Law. These ingrained ideals guide Chuck as a businessman, community leader and promoter of both Rotary and Scouting. Chuck’s tenure in Rotary, having served in almost every Rotary position possible, has allowed him to foster relationships across the Club, in the business community and in the City of Findlay as a whole. He leads by example and always answers affirmatively when asked to help with a Rotary or Scouting project.”

Clapper takes great pride in helping to make Findlay and Hancock County a great place to live, work and raise a family. He and his wife Paula live in Findlay.

The Findlay Rotary Club was founded in 1920 and is a member of Rotary International, an association of Rotary clubs around the world, which today numbers almost 32,000 clubs in over 200 countries. The Rotary Club of Findlay was founded by the city’s leaders in 1920, and continues with the leaders of today. The club also sponsors the Rotaract Club at The University of Findlay and an Interact Club at Findlay High School.