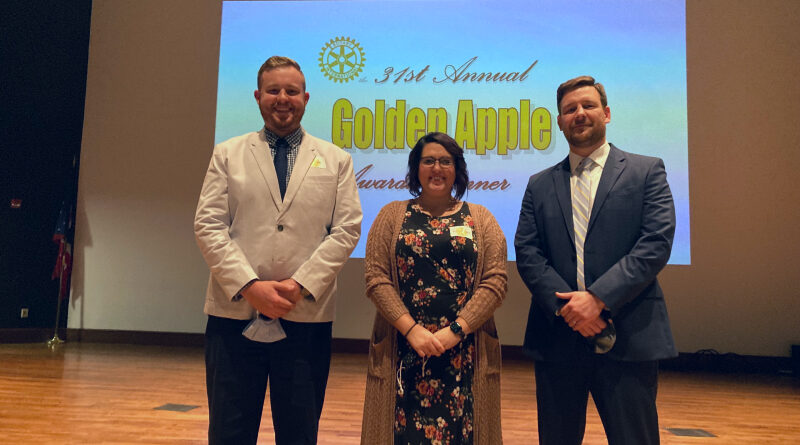 The winners of the Golden Apple Award for 2021 are, at the elementary level, Macie Wenner of Wilson Vance Intermediate School.

We spoke with Ray after the ceremony and he said he was fortunate to have such a great education in Hancock County schools, which fostered his desire to become a teacher.

The finalist at each level received the Golden Apple Award along with a $2,500 cash prize.

Second and third place semi-finalists each received a $250 cash prize.

Finalists also accept an invitation to join the Golden Apple Academy, a group consisting of all past Golden Apple Award finalists.

(left to right in the pic above are Ray Wolfe, Macie Wenner and Mark Laux) 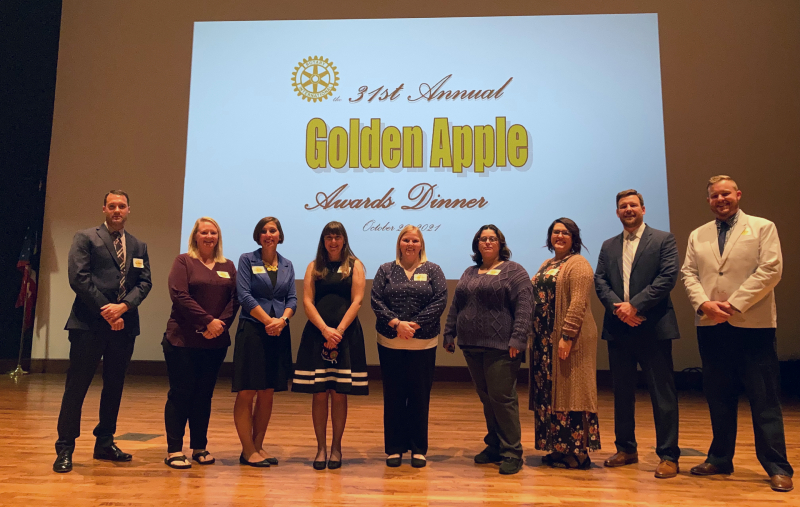