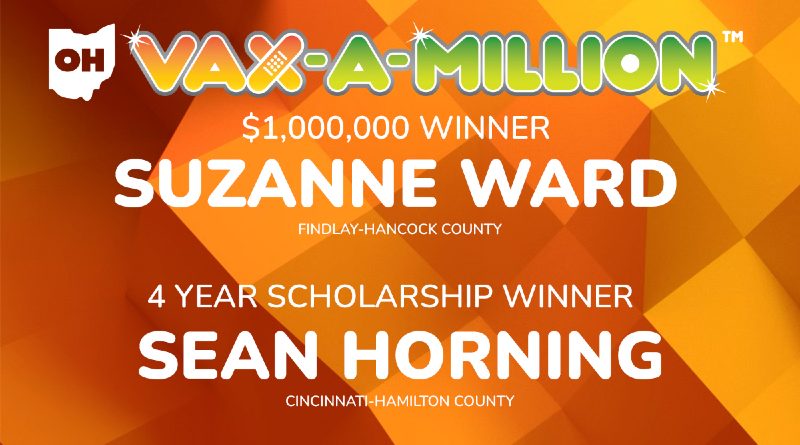 The winner of Ohio’s fourth $1 million Vax-a-Million drawing is from Findlay.

The winners of the fifth and final drawings will be announced on Wednesday, June 23rd.

People need to register for that drawing by Sunday night.

The winner of the state’s second $1 million Vax-a-Million drawing a few weeks ago was from Toledo.

Fran and I enjoyed talking with Ohio's newest #OhioVaxAMillion winners tonight! Sean Horning from Cincinnati won a college scholarship, and Suzanne Ward of Findlay won $1 million. We're grateful to them and every other Ohioan who has been vaccinated. https://t.co/Svppf9uA8O pic.twitter.com/Nj1zqDEtKu

Congratulations to our newest #OhioVaxAMillion winners! If you're vaccinated and haven't yet registered to win, visit https://t.co/Svppf9uA8O to register for the fifth and final drawing next week. pic.twitter.com/4fnT2wEfM0