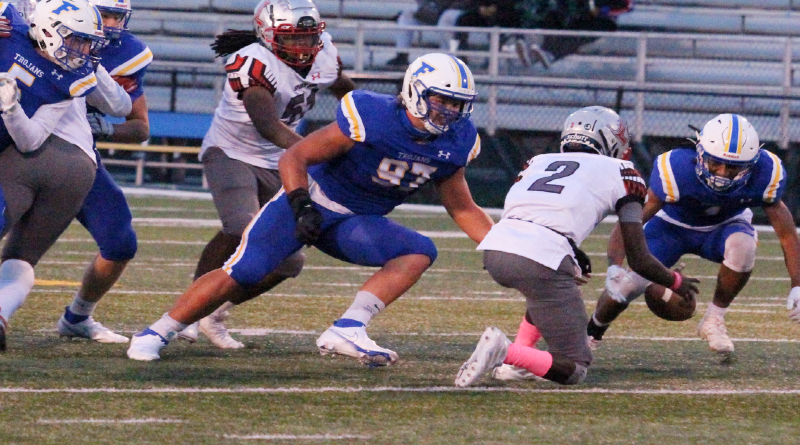 Last week was a big week for Findlay Trojans football standout Luke Montgomery as even more college football offers came in, and one in particular stood out among the rest.

The two-way lineman (#97 in the pic above) received offers to play for Miami, Pittsburgh, Florida State and…Ohio State.

Luke, who is an athletic six feet five 260 pounds, tells WFIN that wherever he decides to play college football, he’s going to show up ready to compete.

Luke wouldn’t tip his hand about which way he might be leaning but did say he enjoyed the atmosphere in Ohio Stadium during a visit in 2019.

He says basketball is actually his favorite sport and he looks forward to hooping it up next season for the Trojans.

Luke is only a sophomore so he has two more seasons left with the Trojans and expects big things next season.

“I really believe in this team. I think this next year’s gonna be a really huge year for us.”