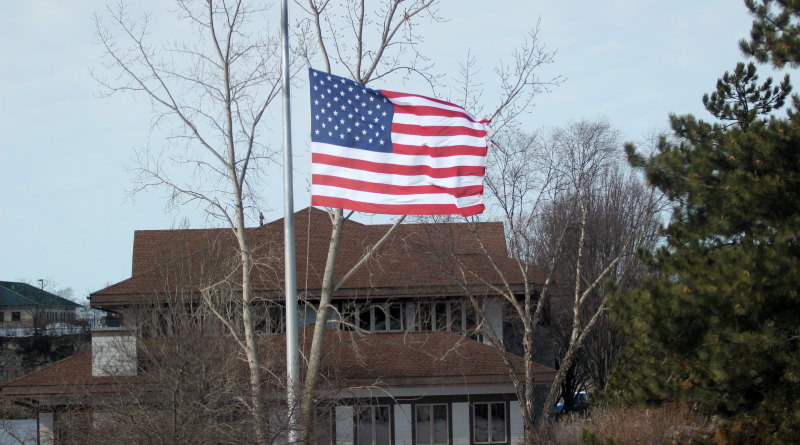 Governor DeWine has ordered flags to be flown at half-staff to recognize the one-year anniversary of the first recorded COVID-19 case in Ohio.

The order pertains to all U.S. and Ohio flags upon all public buildings and grounds.

The flag-lowering order will be in effect from sunrise to sunset on Tuesday, March 9th.

DeWine says he will sign a proclamation marking March 9th as a date of remembrance statewide.

And he said plans are in the works to plant a memorial grove in honor of the victims at one of Ohio’s state parks.

The Ohio Department of Health is reporting that there have been nearly 980,000 reported cases since the beginning of the pandemic and more than 17,500 deaths.

In February, flags were lowered in remembrance of all the Americans killed by the virus.

To recognize the one-year anniversary of the first recorded #COVID19 case in Ohio, I have ordered that all U.S. and Ohio flags be flown at half-staff upon all public buildings and grounds throughout the state from sunrise to sunset on March 9, 2021. pic.twitter.com/W7hUREEPJn