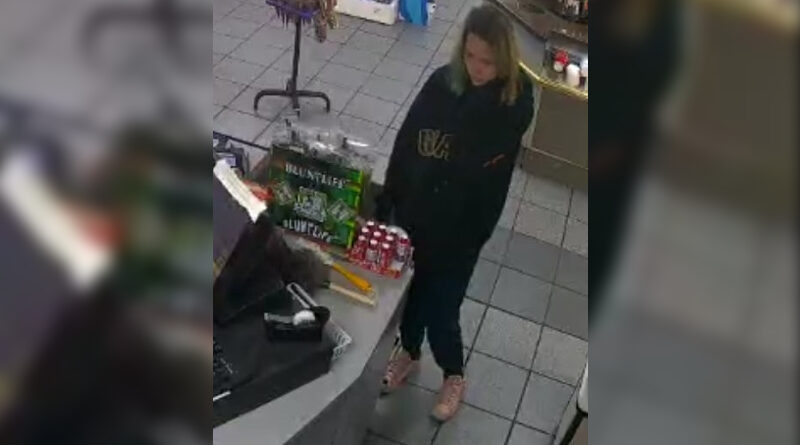 The Findlay Police Department is asking the public for help in identifying a woman who tried to steal some cigarettes from a gas station and got physical with the cashier when confronted.

It happened at the S&G gas station at 800 West Trenton Avenue at around 7:15 Saturday night.

Police say a woman attempted to steal cigarettes from behind the counter and was confronted by the cashier.

Police say a physical confrontation ensued and the suspect dropped the cigarettes and fled the scene in a red-colored SUV being driven by an unknown man.

Video surveillance, police say, shows the suspect stealing two beverages from a cooler before she tried to steal the smokes.

Anyone who recognizes the suspect in the pictures, or has information about the crime, is urged to contact Findlay police dispatch at 419-424-7150 or contact Crime Stoppers at 419-425-TIPS.

Tipsters may be eligible for a reward.