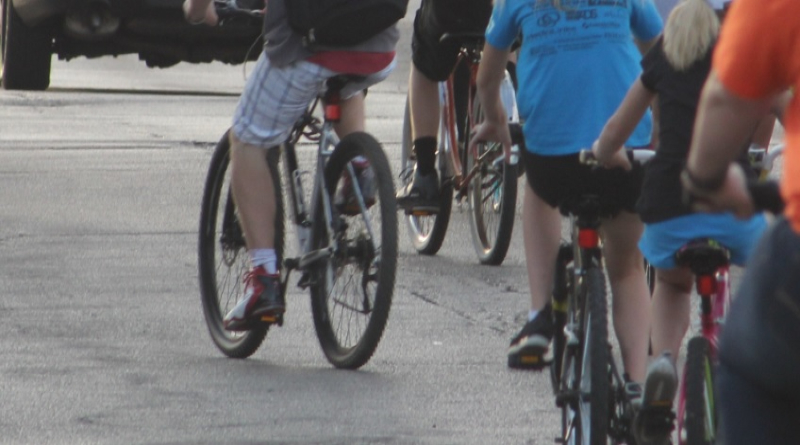 The month of May is both National Bike Safety Month and Motorcycle Safety Awareness Month.

Officer Brian White with the Findlay Police Department (pictured below) says everyone needs to share the road and look out for each other whether you’re driving a car, riding a bicycle or operating a motorcycle.

He says they’re trying to increase helmet use among bicyclists and again this summer will be issuing ‘tickets’ to younger bicyclists they see wearing a helmet while bicycling with the ticket being good for a free scoop of ice cream from Dietsch Brothers.

The National Highway Traffic Safety Administration reports approximately 50,000 bicyclists were injured and an additional 850 killed in crashes in 2019.

Inattention and distractions accounted for a majority of those crashes.

The Ohio State Highway Patrol says, during the past five years, 873 motorcyclists died and 4,810 were seriously injured in traffic crashes on Ohio roads. 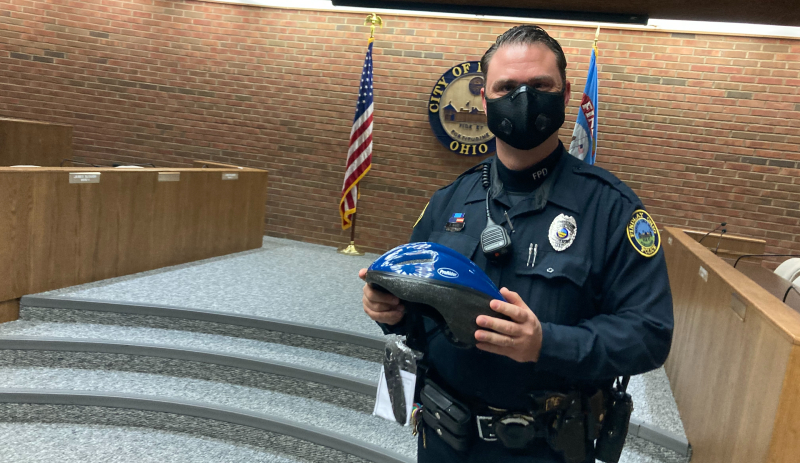 May is #MotorcycleSafety Awareness Month. During the past five years, 873 motorcyclists died and 4,810 were seriously injured in traffic crashes on Ohio’s roads. #RideSMART pic.twitter.com/OeTtSzNNbf