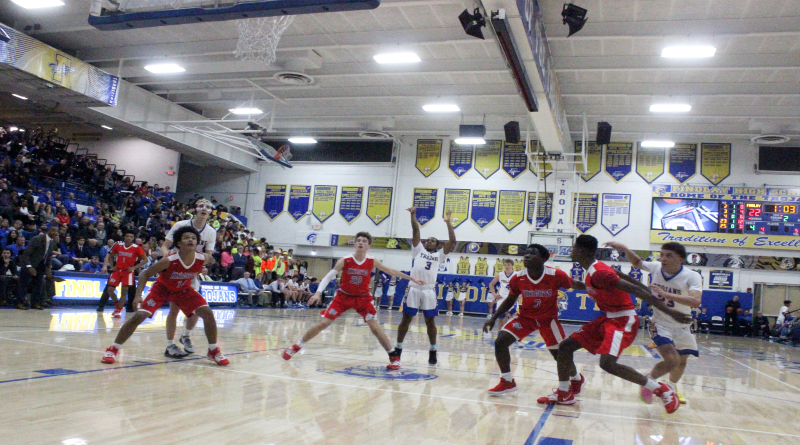 Governor DeWine is asking schools to not allow any fans other than parents of the athletes to attend winter sports, at least through the end of the year.

“As one superintendent told me, the idea of bringing 200 adults into our gym at this point in the pandemic with the spread that we’re seeing just makes absolutely no sense.”

The Ohio High School Athletic Association sent out the following news release after the governor’s comments.

Following Governor Mike DeWine’s remarks during his news conference on Tuesday (Nov. 24), the OHSAA, in conjunction with the Governors Office, recommends that schools restrict attendance to only the parents of the participants, or eliminate all spectators, for their winter sports competitions through December 31, 2020, due to the recent spike in COVID-19 cases.

“We want to follow this recommendation so that our kids can continue to compete,” said OHSAA Executive Director Doug Ute. “We believe it is crucial that parents be permitted to attend the contests of their children, but large crowds at our indoor athletic contests are not a good idea at this time. We all need to work together to give our kids and schools the best chance at having a full winter season.”

Schools will determine the process for how parents will attend athletic contests, such as how many are permitted and where they will be placed to watch the contest.

Regarding media coverage, the OHSAA asks schools to still permit media coverage of their contests, but the number of media attending should be restricted to those who regularly cover the teams involved. Schools are encouraged to provide live video streaming of their athletic contests for those who cannot attend.

The OHSAA provided the following recommendations for member schools:
For those schools that decide to admit parents, list the names of the parents on a roster sheet that is located at your ticket window/admission table. This will help clarify who should/should not be admitted and will hopefully eliminate non-parents from attending.
Limit media to those who normally cover your school and consider utilizing a streaming service in order for fans to view your contest(s).
There is no prohibition on cheerleaders and pep bands, but schools should make their own decisions on these students participation and should strongly consider not sending cheerleaders to away contests.

As administrators were notified last week, the OHSAA winter sports seasons are moving forward as planned. That decision was made after the Executive Directors Office had discussions with the Governor’s Office, the OHSAA Board of Directors and numerous administrators combined with the results of the membership survey in which 56 percent of the 1,464 respondents recommended that the OHSAA begin all winter sports contests as they are currently planned and scheduled.

The decision for schools to move forward with sports is a local decision. Schools may certainly choose not to participate in a contest or to pause their season(s) for a period and should do what is in their best interest. The OHSAA believes that our member schools provide student-athletes with the safest possible environment to continue participating, and we all recognize the educational, physical and mental health benefits of participation.