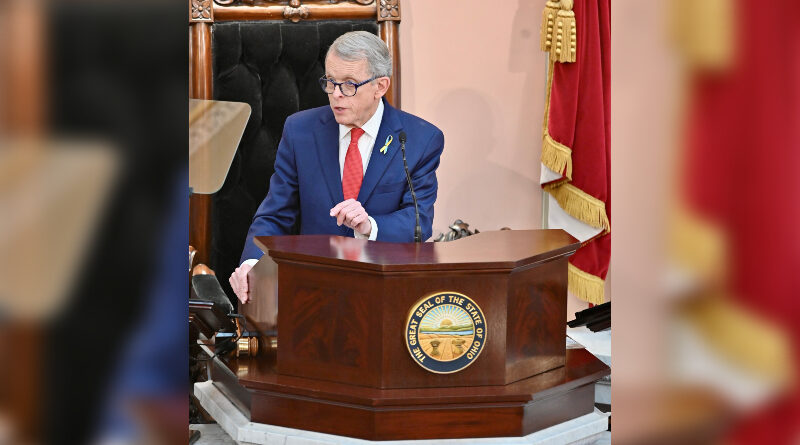 Ohio Governor Mike DeWine laid out goals for a potential second term and beyond during his State of the State address on Wednesday.

DeWine gave his first State of the State since 2019 after the COVID-19 pandemic canceled the previous two speeches.

DeWine spoke about the state’s future economic growth centered around a planned $20 billion investment from the Intel Corporation and his record on tax cuts, spending reductions, and job creation.

DeWine is up for reelection in November but first must defeat three Republican challengers in the GOP primary.

Also in the speech, the governor said we must work hard to support our officers, deputies, and troopers by giving them the resources to go after violent criminals.

He said a bill currently pending before the legislature addresses violent crime by increasing penalties for dangerous felons who continue to carry and use guns.

DeWine said he supports the legislation, as it will help law enforcement deal with the most violent offenders in their communities.

We must work hard to support our officers, deputies, and troopers by giving them the resources to go after violent criminals. Together, we recently allocated millions to help our officers address violent crime in our communities. But, money, alone, is not enough. #OhioSOTS22 pic.twitter.com/IAyQ9McIdW