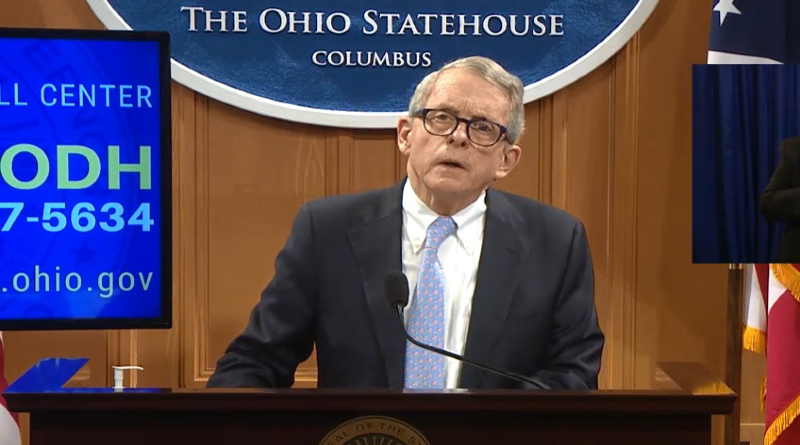 After suggesting new health guidelines could be on the way this week, Governor DeWine is planning a primetime address to Ohioans.

Normally, DeWine gives an update on Tuesdays and Thursdays on the state’s response to the pandemic, but he canceled Tuesday’s briefing.

Instead, he will address Ohioans at 5:30 Wednesday night.

He says Ohio is in a “critical stage” in the battle against the virus and calls the Tuesday numbers “alarming”.

On Tuesday another single-day record for new cases was set as 6,508 new cases were reported along with 23 new deaths.

Statewide there have been 261,482 cases since the pandemic began along with 5,547 deaths.

Today's data is alarming: Another 6,508 positive #COVID19 cases have been reported in the last 24 hours. Another 386 people have been hospitalized. 23 more people have died. Everyone must take this pandemic seriously. It's up to all of us to stop this spread. #InThisTogetherOhio pic.twitter.com/SrfKfVURMq