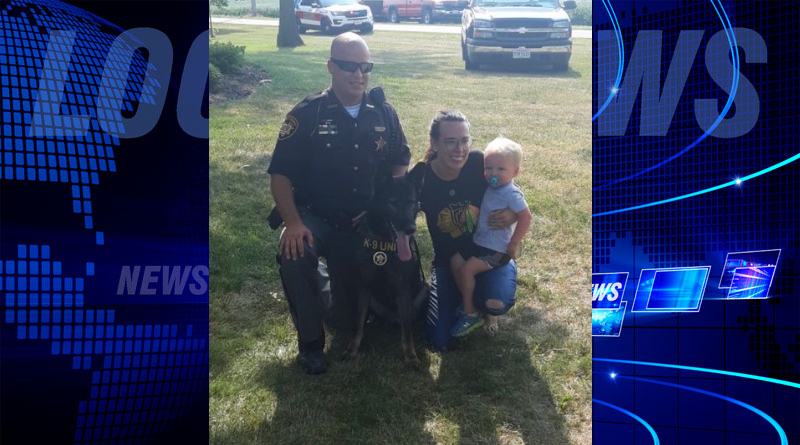 Deputy Matt Brunswick and K-9 Charlie responded to help with the search on Road P-1 in southeast Putnam County, just across the Hancock County line.

A mother had called 911 around 10 a.m. Tuesday saying they were playing outside and her one-year-old son went missing.

She told the 911 operator that the house was surrounded by cornfields and there was also a pond on the property.

Law enforcement and fire departments were dispatched and started looking for the boy.

A drone and Life Flight were also dispatched to assist in the search from the air.

Deputy Brunswick and Charlie then arrived and began searching the rear of the residence into a cornfield.

The boy was reunited with his family and is doing fine.

Just last Saturday Charlie helped get some drugs off the streets and put a wanted man behind bars during a traffic stop on State Route 15. Read that story here.