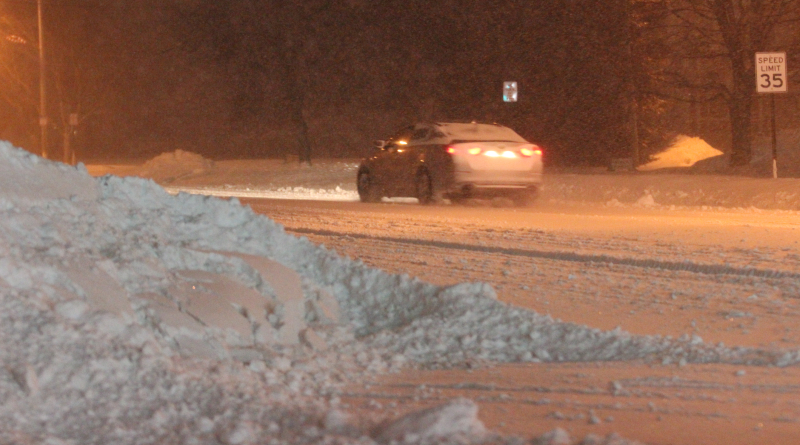 UPDATE – Hancock County has been downgraded to a Level 1 Road Alert as of 2:30 Tuesday afternoon.

Hancock County was placed under a Level 3 Snow Emergency by the sheriff’s office at around 12:30 Tuesday morning.

The Hancock County Sheriff’s Office defines a Level 3 Emergency as: Most roadways are closed and extremely hazardous/flooded. Employees should comply with workplace policies or contact their employer. Violators may be cited.

Wyandot and Putnam Counties were also at a Level 3.

The road/weather alert levels for other area counties can be found here.

Once this snow finally leaves the area, Tuesday will be mostly cloudy with a high around 18 but the wind chill will be -2 at times.

Tuesday night will be mostly cloudy with a low around zero.

(the video below was taken at around 11:45 Monday night)