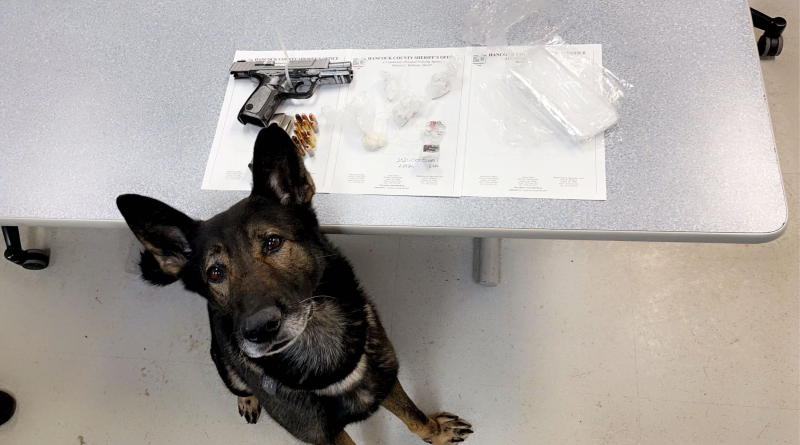 Two people were arrested during a traffic stop on State Route 15 on Thursday morning.

The Hancock County Sheriff’s Office says a deputy pulled over a vehicle for speeding at 7:09 a.m. on State Route 15 near Township Road 240, southeast of Findlay.

During the traffic stop, K9 Charlie was deployed and alerted on the vehicle.

The sheriff’s office says a passenger in the vehicle, Jessica Williams, 30, of Detroit, was found to be in possession of heroin, crack cocaine and methamphetamine as well as a loaded handgun.

She was arrested and transported to the Hancock County Justice Center.

The sheriff’s office says the driver, Anthony Norman, 27, of Detroit, had an active warrant out of Michigan.

He was held on the active warrant. He also did not have a valid driver’s license.