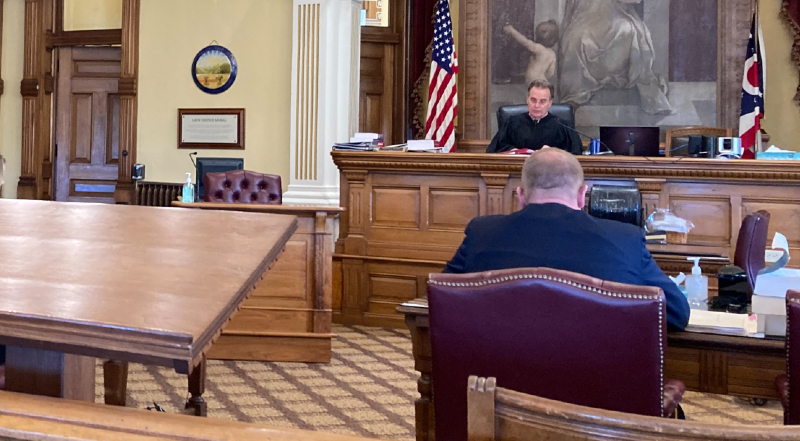 The Robert Hathorn trial was continued until Monday while the defendant receives medical attention.

The trial was originally recessed until noon Friday when earlier in the morning Hathorn complained of feeling nauseous, among other things.

Deputies took Hathorn (pictured below) to Blanchard Valley Hospital in Findlay where he received some treatment.

He was taken back to the courthouse around 11 o’clock but complained of still being in discomfort, and the judge announced that the trial would be continued until Monday morning.

Closing arguments were set to take place on Friday in the trial in which Hathorn is accused of shooting and wounding a state trooper in Findlay last fall.

Hathorn waived his right to counsel and has been representing himself in the trial.

The 43-year-old from Muskegon, Michigan was previously indicted by a Hancock County Grand Jury on six felony charges, including felonious assault on a peace officer, in connection with an altercation with a state trooper that left the trooper with a gunshot wound. 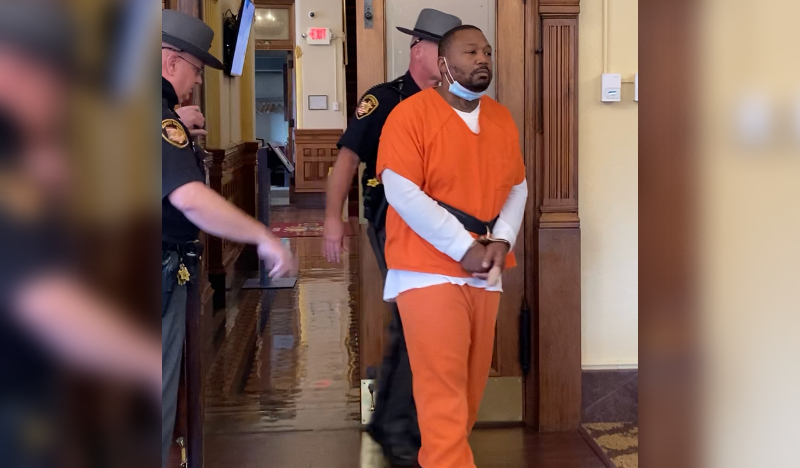