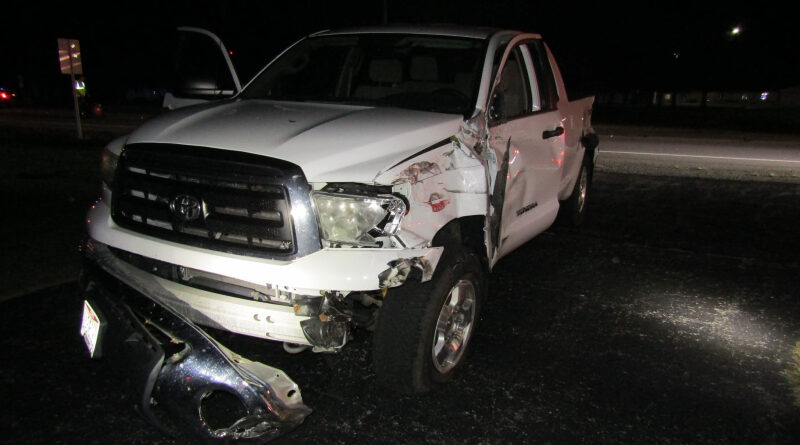 The Hancock County Sheriff’s Office says a driver was injured in a hit-skip crash in Arlington.

The crash happened at around 5 o’clock Monday morning on Main Street near East Fellowship Drive.

Investigators say Zak Bland, 24, of Arlington, was northbound on Main Street when a white semi tractor-trailer attempted to pass his pickup truck.

Bland slowed to make a left turn and was struck by the semi, which did not stop and continued northbound on U.S. 68.

Bland was transported by Appleseed EMS to The Blanchard Valley Hospital with suspected minor injuries.

He was wearing his seat belt at the time of the crash.

The semi continued northbound on U.S. 68 and is suspected to have front-end damage, a missing headlight, passenger side skirt and step deck.

Anyone with information regarding the crash is urged to contact the Hancock County Sheriff’s Office at 419-422-2424.