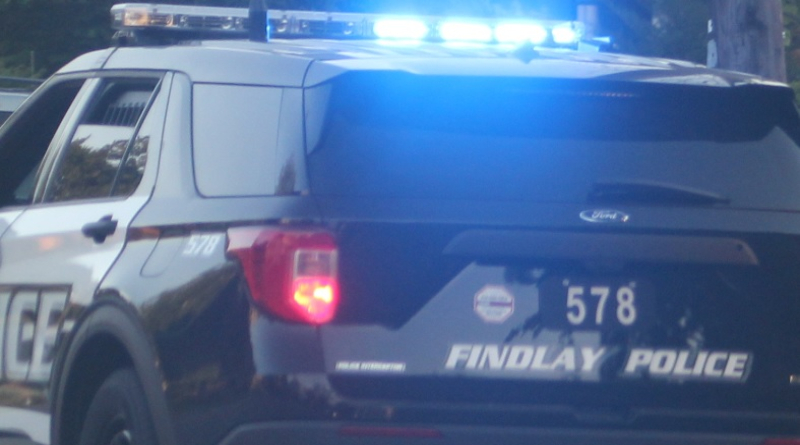 A man is facing various charges after police say he caused a crash in Findlay and then led police on a 26-mile pursuit at speeds in excess of 100 miles per hour.

Police say Ryan W. Yoakum, 28, of Tiffin, crashed into the back of a car in the 100 block of West Trenton Avenue at around 2:19 Thursday afternoon.

Police located Yoakum’s truck traveling southbound on North Blanchard but he refused to stop and led police on a lengthy chase all the way to Fostoria and then to Tiffin.

Police say Yoakum was recklessly forcing other vehicles off the road as he fled at speeds sometimes reaching 110 miles per hour.

Yoakum refused to exit his vehicle and yelled at the officers to shoot him.

Officers advised him that a K9 was on the way and to exit his vehicle.

Yoakum again refused and officers approached and broke out the driver’s side window and again ordered him to get out or the K9 would be released.

Yoakum finally complied and was placed under arrest.

Officers say they located approximately 40 needles in Yoakum’s truck including a dirty needle and a loaded needle they believe he used while he was refusing to get out of his truck.

Yoakum was taken to Blanchard Valley Hospital to be checked out for a possible overdose.

He was cleared to be taken to the Hancock County Jail where he’s facing charges of leaving the scene of an accident, fleeing and eluding and drug possession.

He also had two felony warrants for other drug charges.