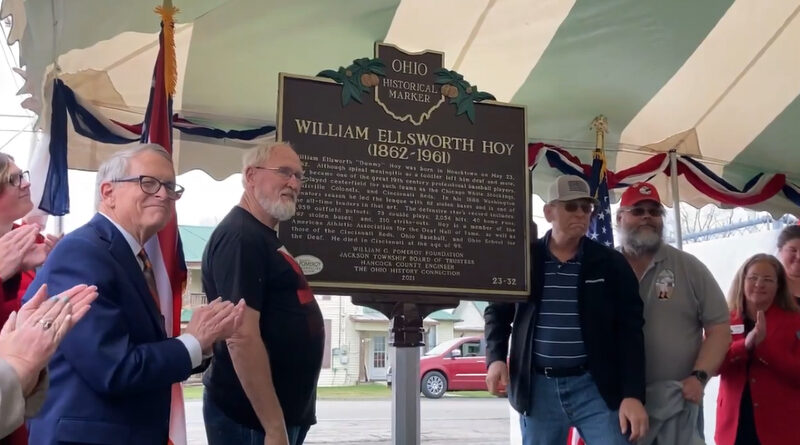 A ceremony to dedicate a new Ohio Historical Marker recognizing William Hoy was held in Houcktown on Tuesday afternoon.

The historical marker can be seen near the intersection of Hancock County Roads 8 and 26.

William Hoy was a center fielder who played for several professional baseball teams from 1888 to 1902, most notably the Cincinnati Reds.

He was born in Houcktown, Hancock County, Ohio in 1862.

Hoy is noted for being the most accomplished deaf player in Major League history, and is credited by some sources with the establishment of hand signals for safe and out calls.

He held the Major League record for games in center field from 1899 to 1920, and retired among the leaders in outfield games, assists, and double plays.

He was also an excellent baserunner, with a career record of 597 stolen bases.

His 1,004 career walks put him second in Major League history when he retired.

Hoy is a member of the American Athletic Association for the Deaf Hall of Fame, as well as those of the Cincinnati Reds, Ohio Baseball, and Ohio School for the Deaf. Hoy died at the age of 99 in Cincinnati.

Riverdale High School brought its baseball and softball teams to the dedication.

Craig Taylor is the athletic director and a softball coach for Riverdale.

The William Hoy historical marker has been researched and sponsored by the Hancock County Engineer’s Office (with assistance from the Eagle Creek Historical Organization), Jackson Township Board of Trustees, the William G. Pomeroy Foundation, and the Ohio History Connection. 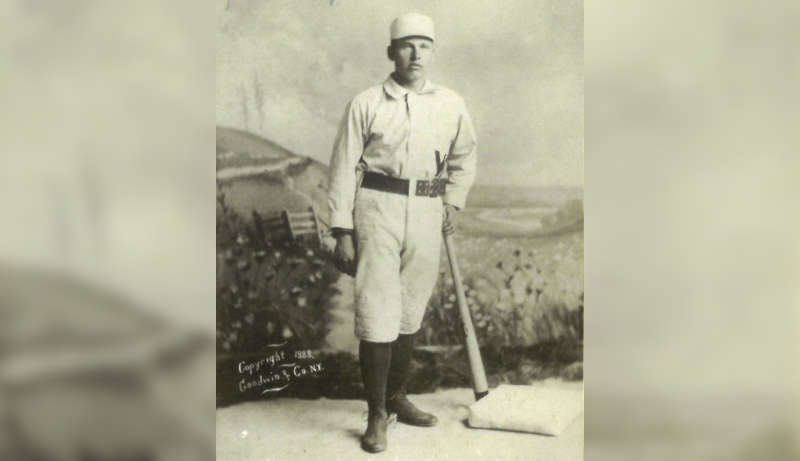