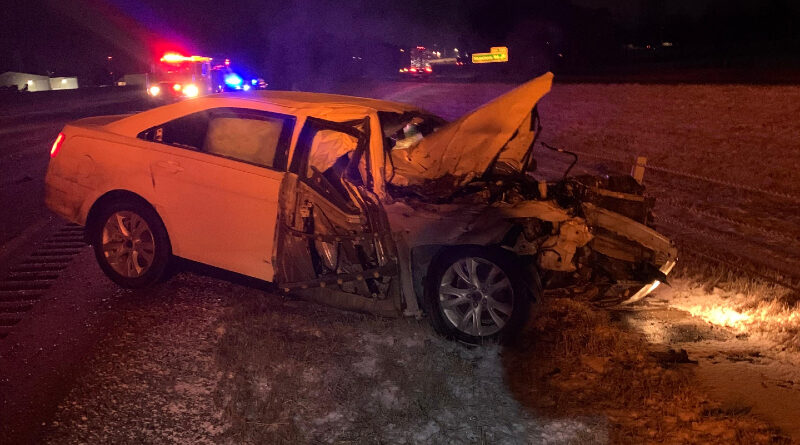 The Ohio Department of Transportation is reiterating its plea for drivers to give their snow plows plenty of room to operate during snow events.

ODOT says two more of their snow plow crews were struck on Sunday night, bringing the total number of plows struck this winter to 35.

One of the latest crashes happened in Allen County and the other in Belmont County.

The one in Allen County happened when an impaired driver slammed full-speed into the back of a snow plow on southbound Interstate 75 near Beaverdam.

We were told the driver of the car survived the crash and the ODOT plow driver was not injured.

The Ohio Department of Transportation’s Matt Bruning is reminding drivers to keep their eyes peeled for snow plows and other ODOT crews on the roadways.

“Your safety is our priority, so please make our crews safety a priority too,” ODOT said.

ODOT is hoping drivers remember the saying “don’t crowd the plow” as they come across any snow plows clearing snow.

ODOT points out that when a plow is struck, that takes it off the road as it’s repaired, hindering their ability to clear the roads efficiently.

The number of times ODOT crews have been struck rose to 35 last night with two accidents -- 1 in Belmont Co. and this 1 here in Allen Co. While traveling SB on I-75, the impaired motorist drove full-speed into the back end of a snowplow!
Please... #DriveSober #MoveOver #SlowDown pic.twitter.com/TXRG7zhyNb