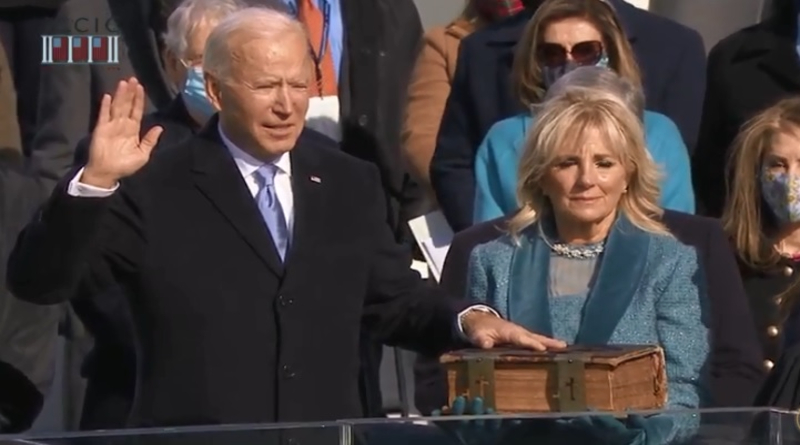 Joe Biden took the oath of office and became the 46th President of the United States a little before noon on Wednesday.

President Biden’s inaugural address focused on a commitment to unity.

“In another January, on New Year’s Day in 1863, Abraham Lincoln signed the Emancipation Proclamation. When he put pen to paper, the president said, and I quote, “if my name ever goes down into history, itll be for this act, and my whole soul is in it,” Biden said.

Three former presidents, Barack Obama, Bill Clinton and George W. Bush were in attendance for the ceremonial transfer of power.

See video of the inauguration below.

Findlay High School Hockey Day is coming up on Saturday, October 1st. It will be held in the parking lot