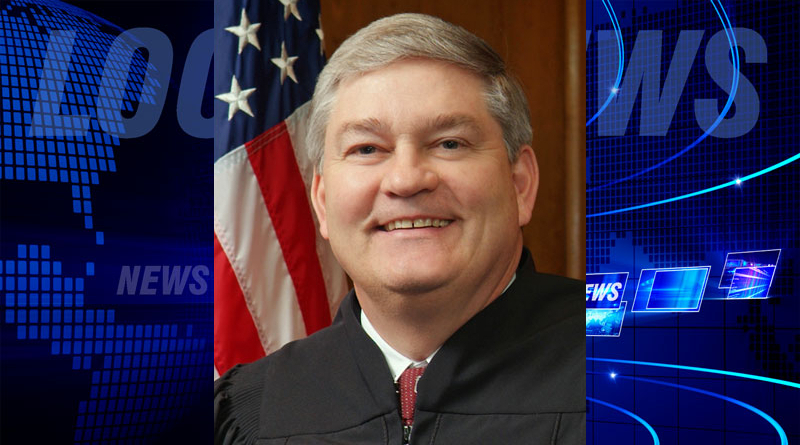 Judge Vernon L. Preston, of Findlay, is retiring after a lengthy and distinguished judicial career.

Judge Preston was appointed to the Ohio Third District Court of Appeals in 2007, then elected in 2008 and reelected in 2014.

Before joining the Third District Court of Appeals he served on the Findlay Municipal Court for 13 years.

For eight of those years he was presiding and administrative judge.

In addition to his full time schedule as an appellate judge, for 16 years, at night, Preston was an Adjunct Professor of Equine Law at the University of Findlay.

Before being elected as a full time trial judge, Vern served his community in a series of part-time positions including; a magistrate for the Findlay Municipal Court, Assistant Hancock County Prosecutor and Findlay City Prosecutor.

As an attorney, Preston practiced administrative law and insurance law representing both individuals and business clients.

He tried cases in all local State Courts and Federal District Court. He also served as corporate secretary and general counsel for a manufacturing corporation.

Initially, he reported to Great Lakes Training Center for boot camp and attended A School.

Subsequently, he was assigned to Officer Candidate School and upon graduation from OCS, received his Commission as an Officer in the U.S. Navy, ultimately being assigned as a Supply Corps Officer serving the submarine force.

After leaving active duty, he served in the U.S. Navy Reserve for 25 years, holding 11 duty assignments as logistics or finance officer.

During the conflict, his combat cargo handlers performed operations in six foreign countries.

Preston received his “Eagles” in 1994. In 2003, he retired at the rank of Captain, after more than 31 years of service to his country.

Judge Preston was born and raised in Findlay, Ohio.

In 2012, Judge Preston received the Distinguished Alumnus Award from the University of Findlay.

He earned his law degree at the University of Toledo.

After a short time in Portsmouth, where he opened a law practice, he and his wife, Debby, decided to move back home to raise their sons, JJ and BJ.

The Prestons have been married since 1971; son JJ and wife Alissa have two daughters, Molly and Claire.

Community is very important to Judge Preston, as reflected by his volunteer work in his church, with local charities and youth programs, where he served as coach and commissioner of Findlay Youth Baseball, along with involvement in Findlay Youth Football.

Judge Preston has always strived to make Findlay a great place to live and raise a family.

Judge Preston will retire on February 8th after 27 years of distinguished judicial service.