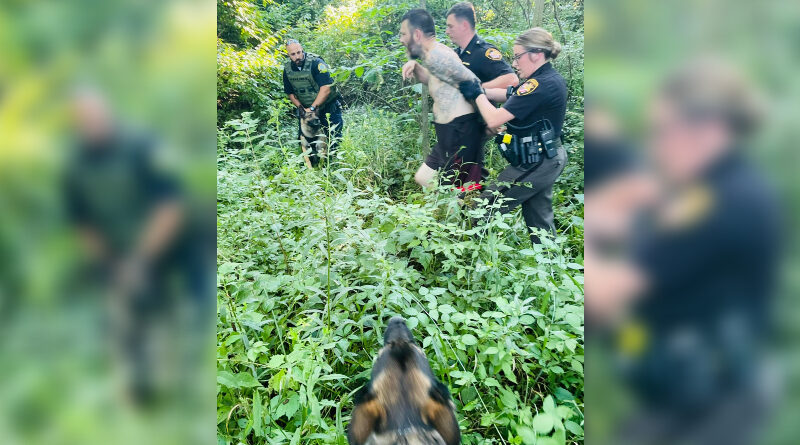 Some local police dogs played an instrumental role in apprehending a burglary suspect.

The Hancock County Sheriff’s Office received a report of a burglary in the 10000 block of State Route 37 on Monday.

The homeowner reported finding a person in their vehicle which was parked in their attached garage.

The subject fled the area on foot and into a wooded area.

Hancock County Sheriff’s Office deputies responded to the scene and set up a perimeter.

The K9s began searching the woods and quickly located the suspect and he was taken into custody.

The sheriff’s office says the suspect was identified as Delno L. Tidd, 43, of Ada.

He was taken into custody for burglary and transported to the Hancock County Justice Center.

Below is video of K9s Charlie, Sonny and Deke showing off their skills for the youngsters at Camp 911 in Findlay.