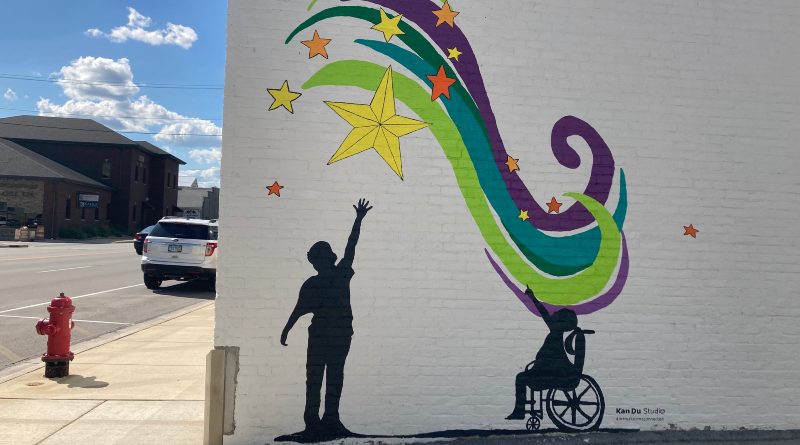 You may have seen the new mural on the side of the Kan Du Group’s building at 318 West Main Cross Street in Findlay.

The Kan Du Group’s Jodi Hassan says they were chosen to create a mural as part of the Awakening Minds Art Community Mural Project.

She said the meaning of their mural is “Reach for the Stars” and the mural features two silhouettes of young people reaching as high as they can to reach for the stars.

Jodi says they chose stars as the subject matter for the mural because their artists make the stars for the Findlay-Hancock County Small Business Awards.

Click here to see some of the other murals that are going up around town as part of the Community Mural Project. 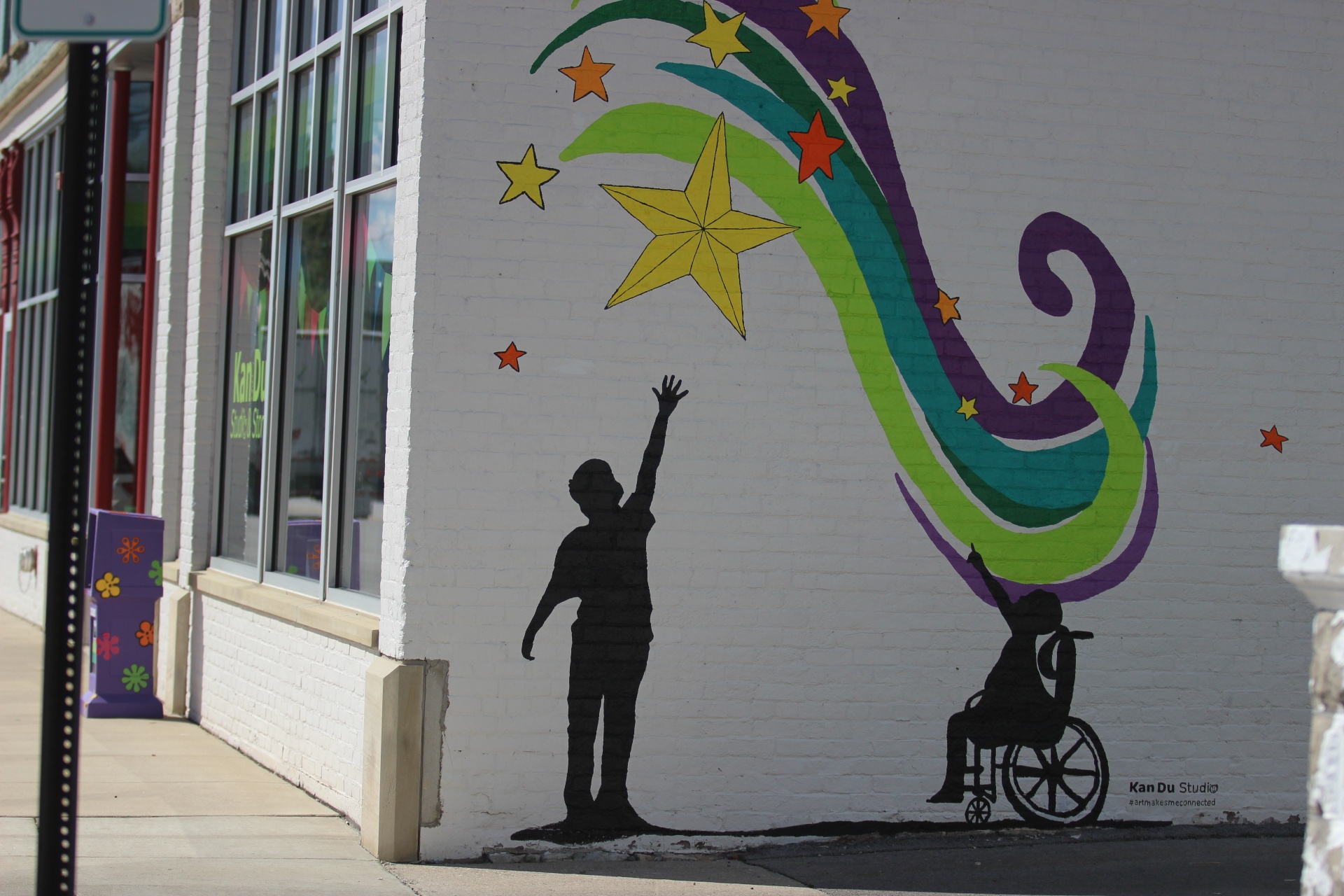