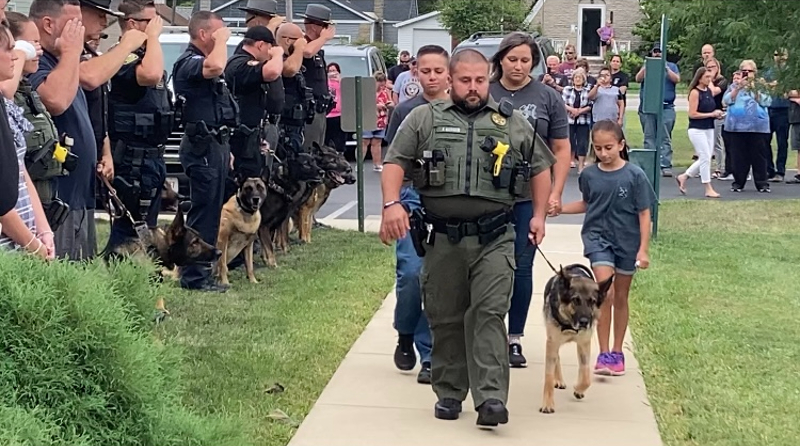 Law enforcement agencies from around northwest Ohio paid tribute to an area K9 officer that had to be euthanized due to an aggressive form of cancer.

K9 Tommy worked for the Ohio Department of Natural Resources and his handler was officer Jeremy Berger.

Tommy, a 7-year-old German Shepherd, performed many duties for the ODNR and the people of Ohio over his five-year career, including detecting drugs and human remains.

Sgt. Tom Miller of the Hancock County Sheriff’s Office says Tommy and Officer Berger have been an important part of the Northwest Ohio K9 Group.

Several K9 officers from various agencies and their handlers were on hand to say goodbye to Tommy, including Sgt. Miller and his K9 Sonny.

They saluted as Tommy’s end-of-watch call went over the radio.

“Thank you for being a good boy and protecting your partner and the citizens of Ohio.”