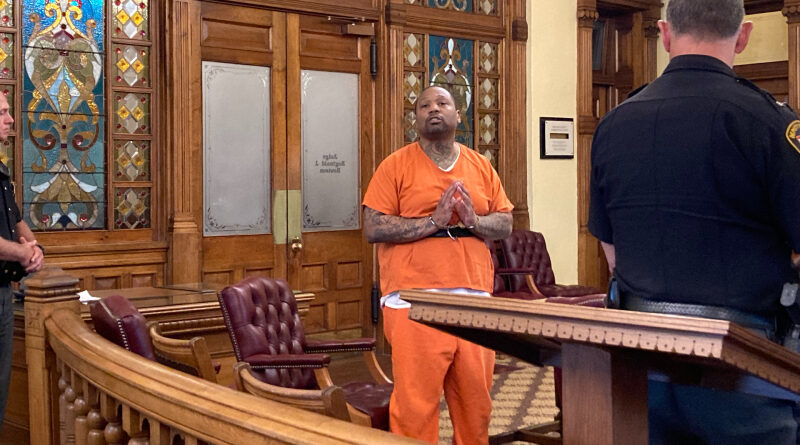 The man convicted in June of shooting and wounding a state trooper alongside Interstate 75 in Findlay last fall has been sentenced to prison.

Robert Hathorn was sentenced to 26-31 years behind bars – 24 years of which will be mandatory.

Judge Reginald Routson cited Hathorn’s likeliness to reoffend and previous violence against law enforcement as a few of the factors that went into the sentence.

We spoke with Hancock County Prosecutor Phil Riegle after the sentence was handed down.

The 43-year-old Hathorn, from Muskegon, Michigan was convicted on six felony charges in June, including felonious assault on a peace officer, in connection with the October 6th incident.

The Ohio State Highway Patrol says Hathorn struggled with a trooper during a traffic stop along Interstate 75 in Findlay and the trooper’s gun went off, striking the trooper in the lower body.

It took about five months until the trooper that was shot was able to return to full duty, and the bullet is still lodged in his body.