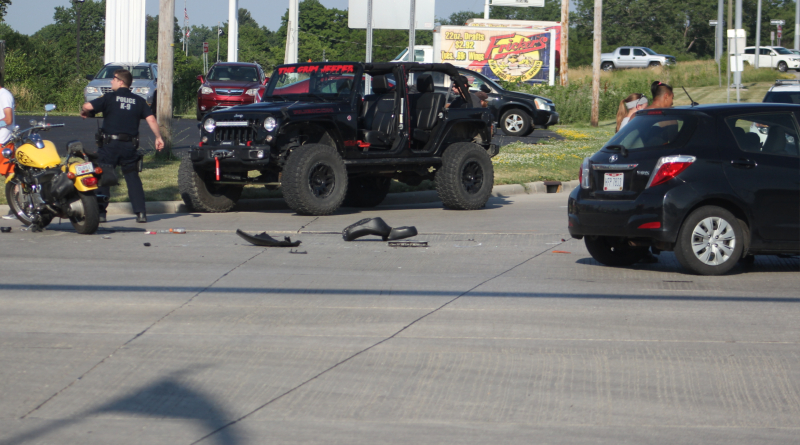 A man was injured in a motorcycle crash in Findlay.

The Findlay Police Department says Anthony Warner, 34, of Findlay, was driving his motorcycle northbound on Emma Street and was crossing West Main Cross when he was hit by a car that was southbound on Stanford Parkway intending to turn left onto West Main Cross.

Warner was taken to Blanchard Valley Hospital by Hanco EMS for a foot injury.

The driver of the car, Vagios Gkaintatzis, 28, of Bowling Green, was cited for failing to yield.

Both the car and motorcycle had to be towed from the scene.