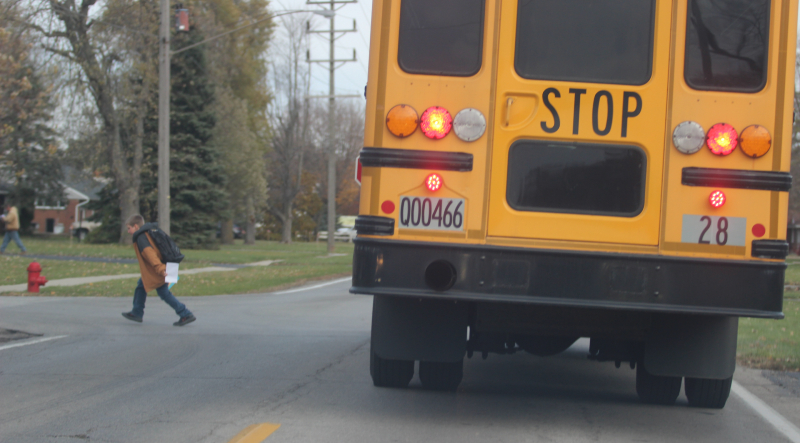 Findlay crime prevention officer Brian White says we all need to do our part to make sure schoolkids are safe around their buses.

He says drivers are required to stop at least 10 feet in front of or behind a school bus when flashing lights and a stop arm are displayed and cannot resume driving until the school bus begins moving.

On a two-lane road all lanes of traffic must come to a stop for a school bus that’s loading or unloading students.

On a four-lane road, only vehicles going in the same direction as the school bus must stop.

A driver who fails to stop for a school bus that’s loading or unloading students can be fined up to $500 and have their license suspended for a year.

None of those killed were occupants of a school bus.

It is School Bus Safety Week. Motorists approaching a school bus from either direction should remember they are required to stop at least 10 feet back from buses displaying red flashing lights and an extended stop arm. pic.twitter.com/UgFpWL5NpD