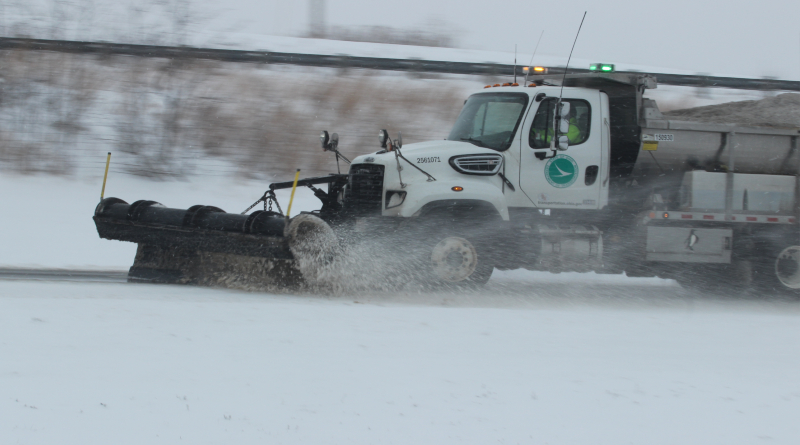 The Ohio Department of Transportation is reminding drivers to give their plow trucks plenty of room to do their jobs.

The warning comes after a second plow truck was struck by a driver in the same 24-hour period.

The Highway Patrol reports that no one was injured in that crash.

On Tuesday night, the Highway Patrol said a drunk driver struck a plow truck in Stark County. No injuries were reported.

ODOT says three trucks have been hit in less than two weeks.

ODOT says drivers should slow down and move over when they see the plow truck’s flashing lights.

So far this winter three trucks have been hit. Last winter eight plow trucks were hit.

Please give our crews room to work. This is the 3rd plow hit this winter. We had 8 struck last winter. #ODOTwinter https://t.co/uM87V5A21Z