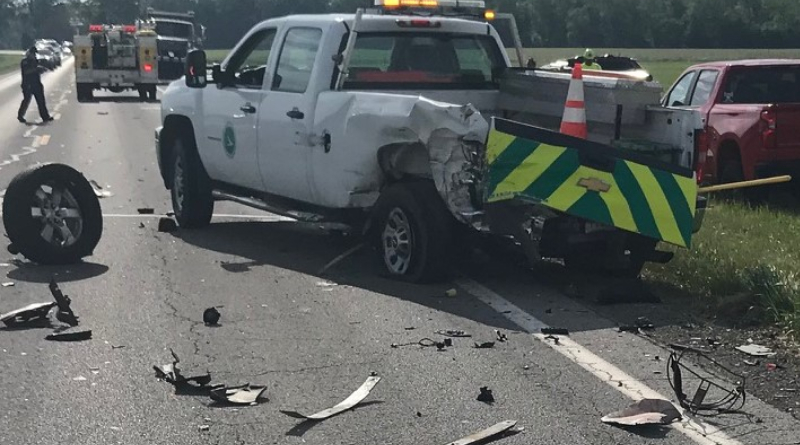 An Ohio Department of Transportation work truck was hit by a passing driver in Putnam County on Wednesday morning.

ODOT Spokesperson Matt Bruning says crashes like this have got to stop happening.

He says, thankfully, no ODOT workers were injured when their truck was hit in this crash.

He says this is the 15th ODOT crew struck since the middle of February and the third crew hit this week.

An ODOT crew in Cleveland was also struck on Wednesday.

162 ODOT workers have been killed on the job over the years.

ODOT is asking everyone to obey the state’s Move Over law and to move over, slow down and pay attention.

Sadly, we have another ODOT crew strike to share. Fortunately, no ODOT employees were injured when this truck was struck this morning on U.S. 24 near the village of Pandora. #MoveOver #SlowDown for ALL roadside workers. Their lives depend on it! pic.twitter.com/nPCF44BLYV